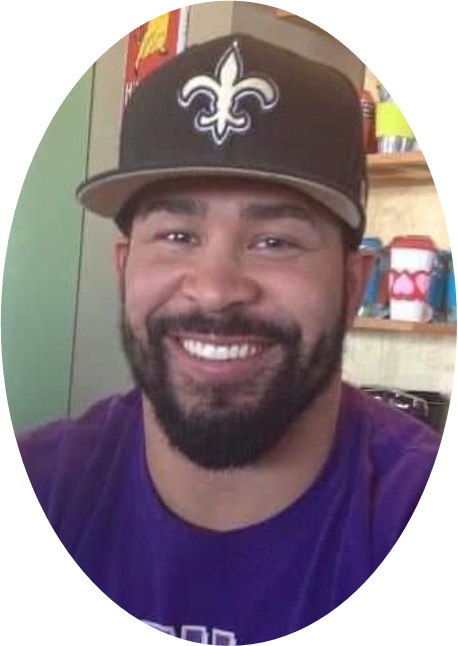 Warren Jerome Batiste passed away on December 17, 2019. Memorial Visitation will be held on January 3, 2020 at 11AM-12PM at Burns United Methodist Church. Mermorial Service to follow at 12PM. Please check back for full Obit.

was born on August 22, 1988 to Deborah (Owens) Batiste, in New Orleans, LA.  When he was 8 years old he moved to Des Moines, IA where he was raised by his aunt and uncle Brenda and Harvey Anderson.

Throughout his childhood and adolescent years Warren was an exceptional athlete that could play just about any sport.  His specialties were football, wrestling and track.  In 2006, Warren graduated from Dowling Catholic High School and continued his education athletic career at Wartburg College. Warren was not only a skilled athlete, but a great teammate as well.  He used his comedic, good natured personality to make the hardest practice feel like a family gatherings.

Though his mother graced him with the strong name of Warren, everyone knew him as “Tweetie”. It was given to him in reference to his large head, hands and feet similar to that of Tweety Bird.  As mentioned before Tweetie had a knack for cracking jokes so playing the dozens was a regular affair if you were a close family member or friend.   He also enjoyed music.  For some odd reason he felt he was gifted with a singing voice however he was often reminded otherwise.  But he could rap a lyric or two if he was in the mood.  He also enjoyed listening to country and Spanish music as well.

Tweetie was also a foodie. Whatever the dish, it had to be spicy!  He carried a supply of hot sauce and cayenne pepper just in cast an entree wasn’t hot enough.  Above all Tweetie was a family man.  He loved his fiance, Lillybeth and their children; Daneille, Hannah, Christopher and Nolan.  He also kept in touch with many of his adopted family members from athletic teams as well as his coaches.

On December 17, 2019 Warren was called to return to the father.  He had been fighting an illness and the creator saw fit to give him the ultimate victory, eternal life with no more sickness.  There waiting his arrival was his mother, Deborah Batiste and grandparents, Reverend Jerome and Geraldine Owens.

Left to celebrate Tweetie’s memory is his fiance, Lillybeth Orozco; their children, Danielle, Hannah, Christopher and Nolan; brothers, Jeremy, Christopher and Herbert; aunt and uncle, Brenda and Harvey Anderson and a host of other relatives and friends.

To order memorial trees or send flowers to the family in memory of Warren Jerome Batiste, please visit our flower store.
Send a Sympathy Card