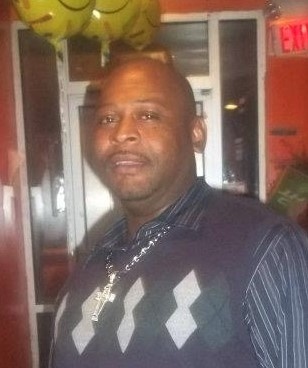 Walter F. Cortez, Jr. passed away March 6, 2021.  A private Celebration of Life will be held at a later date.

Walter Franklin Cortez, Jr. was born July 16, 1973 to Walter franklin Cortez, Sr. and Patricia Ann Hawkins in Des Moines, Iowa. He was educated in the Des Moines Public School System and graduated from North High School. While at attending North High School, Walter was an all around athlete.  He was a member of the football, basketball and track teams.  During his freshmen year, Walter was a member of the winning 4X100 relay team at the Drake Relays.  Walter then went on to get his Associate’s Degree in Human Services through DMACC.

Walter was a man who was enthusiastic about life. He loved to sing and dance, fish, watch football, joke around and “smack talk,” swim, and snorkel. He was a fantastic cook; his enchiladas, chili, and greens will be greatly missed. If there was one thing Walter loved most, it was spending time with his family, whether it be gardening with his dad, visiting with his grandchildren, or playing with his dogs.

Walter passed away March 6, 2021 in Des Moines, Iowa.  Walter is preceded in death by his grandparents, Dorothy Bell, Paul Cortez, and Addie Cortez; and numerous aunts and uncles.

To order memorial trees or send flowers to the family in memory of Walter Franklin Cortez, Jr., please visit our flower store.
Send a Sympathy Card