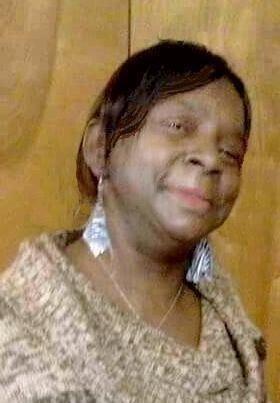 Veronica Sharee (Butts) Turner was born and raised in Des Moines, Iowa to Frank Butts and LeeSarah (Alexander) Glenn. She was one of twelve   children. For a short time, the family resided in Davenport where she   attended and graduated Davenport Central High School .

“Big V” is what everyone called her and knew her as. She loved her Lord and she was a member of Church of Christ. Coming from a big family, she of course, enjoyed family gatherings and just simply “being” with family and her friends.

In her spare moments she found joy in entertaining and pleasing others, she could cook and made the best pork chops. She also liked watching western shows, watching Criminal Minds, playing cards, listening to “Old School” R&B and loved singing.

Veronica passed away after a continuously, long fight, with many illnesses,  on March 4, 2017 at the age of 61. Those who waited to greet her in Heaven, was her daughter, LaTonya “Tweety” Edwards; granddaughter, Konya Marie Wright; her parents; siblings, Marcheta   Claytor, Norma Houston, Konya Lovelady, Diane Lovelady and Charles Turner; nephews, Stevie Houston, Charles and Lamont T. Lovelady.

Memorial contributions may be made to the family of Veronica S. Turner. Online condolences may be expressed at www.hendersonshp.com.

To order memorial trees or send flowers to the family in memory of Veronica Sharee Turner, please visit our flower store.
Send a Sympathy Card