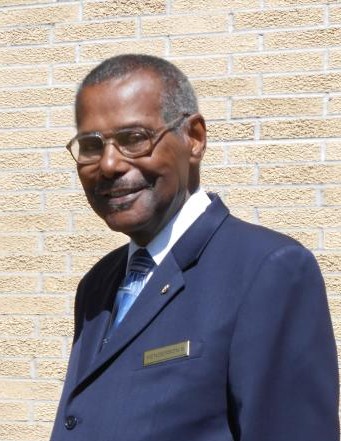 Thomas Henderson was born March 5, 1943 in Laurel, Mississippi. He was the eldest of eight children born to Lona Mae (Shelton) Henderson and Walter Henderson.

He confessed Christ at an early age and was a member of St. John Baptist Church, where his mother played the piano. Thomas had a wonderful baritone voice. All the children sang, but it was Thomas’ rendition of “Since I Met Jesus” that would tear the church up. Sadly, both his parents died at an early age and his grandmother, Susie Shelton, and aunt, Alice Morris continued to care for the family.

Thomas was affectionately called “Mr. T”  or just plain T by most the people who knew him. He was a self made man and the consummate salesman. He worked for Pitney Bowes selling office machines for many years. That job carried him across the Midwest leading him eventually to reside in Green Bay, WI and the Twin Cities. While there, he became a die hard fan of the Green Bay Packers.  Even after he moved to Atlanta with the Falcons, Thomas still supported his team. After his brief stays in Omaha and Atlanta, Thomas came back home to Des Moines where he sold cars for Stivers Chevrolet and worked at A-1 Clean Cars and Smith’s  Detail Shop. Thomas became the first employee of the Henderson’s Funeral Home in 2001. He drove the hearse for many years.

Thomas met a red haired girl from Albia, Iowa and fell in love. He married Carol Beronich on October 6, 2001 at Mt. Olive Baptist Church. They loved and cared for each other until his death.

Thomas was a loyal member of the Elks Lodge #160 where he was the Past Exalted Ruler among other offices. He loved going to play dominoes and listen to the R&B hits. He was proud to tell you he was once a member of the “Amazers”, a local group from the twin cities that recorded under Curtis Mayfield’s label. Thomas had a great smile and a big booming laugh with his signature saying of, “UNBELIEVABLE!”. Tom liked watching Tiger Woods play golf and watched Serena and Venus Williams when ever they played.  He loved his family and was a favorite uncle to his nieces and nephews. They all knew his gruff exterior hid a heart of gold.

Early in the morning on August 30, 2018, Thomas answered when Jesus called his name. He was 75 years old. Waiting to greet Thomas on the other side were his parents, Lona and Walter; his Big Mom, Susie Shelton; Aunt Alice and Uncle Al Morris; his younger brother, Joseph; cousin, Duwayne “Main Man” Shelton and mother in law, Grace Beronich.

To order memorial trees or send flowers to the family in memory of Thomas Henderson, please visit our flower store.
Send a Sympathy Card