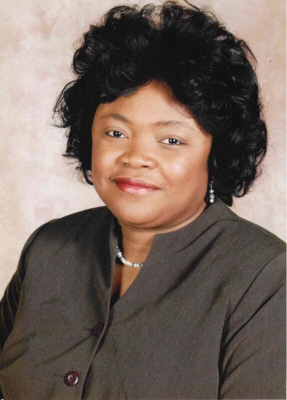 Sandra Fae Brown-Brewton was born on July 11, 1957, into the family of Daniel Brown and Jewelene Oakley Brown.  Sandra, or Fae, as she was affectionately known, was the youngest of four kids.

Fae attended and graduated from St John’s Catholic and Roosevelt High School.  Fae furthered her education by receiving a Master’s Degree in Journalism and a Doctorate Degree in Jurisprudence (commonly referred to as J. D. Degree in Law) from Drake University.  She was an excellent student and took multiple courses at a time which culminated in her graduating two years prior to her projected graduation date.  Fae received both her Master’s Degree in Journalism and her Jurist Doctorate in Law in 1988.  Fae was admitted to the Iowa Bar Association in the fall of 1988.  In early 1989, Fae was hired by the State of Iowa to serve in the capacity of Deputy Director of the Office of Labor Relations.  She served the State of Iowa in this capacity until 1990 when former, Governor Terry Brandstad appointed her to serve on his staff as an Advisor to the Governor.  She served in this capacity, until 1991 when she was appointed to head the State of Iowa, Office of Labor Relations.

Fae met and fell in love with her first husband, Frederick Brewton, whom she married in 1977.  To this union, she and Fred added two boys, Frederick (Beau) and Theodore.  In 1991, Fae married her current husband, Jewel Brown.  When he accepted an offer of employment from the State of Connecticut in 1995 she accepted an offer of employment from the Connecticut Office of Labor Relations.  The family then moved to Connecticut.  She was initially employed as a Labor Relations Specialist and was promoted through the ranks of the Office and as such was appointed in 2018 to serve as Governor Ned Lamont’s Under-Secretary of Labor Relations until her passing on the 18th day of April, 2022.

When Fae wasn’t working, she enjoyed shopping, collecting elephant statues and ceramic dolls, cooking and spending time with family at seaside resorts.  She was an accomplished pianist and also played the guitar.  Generous and fun loving, Fae will be missed by all who knew her.

*Masks are required for all attendees.

To order memorial trees or send flowers to the family in memory of Sandra Fae Brown-Brewton, please visit our flower store.