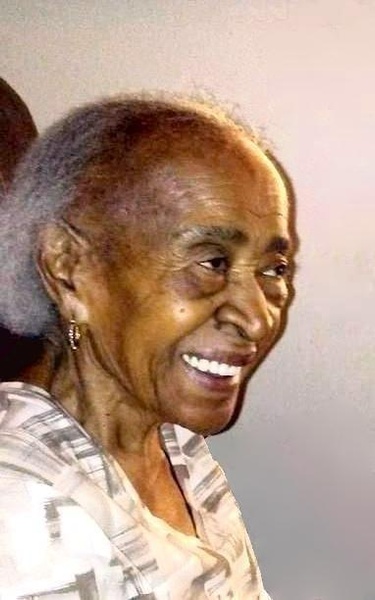 A time to be born… Ruth was born on May 31, 1927 to Daily and Magnolia (Jones) Lundy, in Jackson, Mississippi

A time to grow… Ruth was educated in the Jackson Public School district. She decided  to forego her graduation to take on employment.  She worked most of her adult life in school cafeteria food services.  Ruth retired from the Des Moines Independent School after 38 years of service.

A time to love…. Ruth was united in marriage to Wardell Williams in 1949.  After their divorce, she moved to Topeka, KS. and subsequently, to Des Moines, IA. with her children.

A time to serve… Ruth accepted Christ as her Savior at an early age.  She was brought up in the Church of God in Christ.  As a child she was constantly in service with her evangelist mother.  During her adulthood, her activities within the church were limited, but her faith never waivered.  Until Mother Clementine Bell’s health failed, she faithfully attended East 17th Street COGIC, with her.  Thereafter she enjoyed attending services with her daughter, at Union Baptist and King of Kings.  Ruth was always active with her children’s school (PTA, Foster parent, etc.) and the various organizations (scouts, Red Circle, etc.) they were involved in.

A time to die… Ruth passed to be with the Lord on February 3, 2020.  She was preceded in death by her parents, Daily and Magnolia Lundy; brother Melvin Lundy; daughter, Sandra Carter-Wilkins and granddaughter, Michelle Wilkins.

To order memorial trees or send flowers to the family in memory of Ruth Williams, please visit our flower store.
Send a Sympathy Card