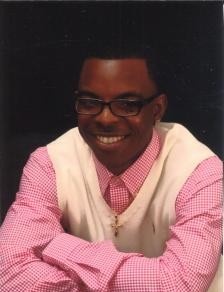 Ronald Andrew “Buck” Buchanan Jr., was born on December 28, 1990, to Sabu Long and Ronald Andrew Buchanan Sr., in Des Moines, IA.  He was educated in the Des Moines School District and graduated from North High School.

Ronald learned early the importance to working to take care of his family and found his niche in sales.  He was a great salesman, specializing in car sales and real estate.  Ronald, affectionately known as Buck, believed in staying busy when he was not at work.  Buck would occasionally challenge family and friends on the bowling lanes, basketball court or playing card games.  He was a music connoisseur.  He found joy in listening to hip hop and R&B hits but enjoyed making music with his brother as well.  He’d move the  crowd when he’d flip words and phrases during one of his many freestyles.  Ronald also enjoyed fishing, playing video games and pool.  And did we mention he loved to eat, especially candy.

On March 4, 2019, Buck stepped from time into eternity.  He was greeted on the other side by his grandmother, Loretta Rife; grandfather, Leslie S. Buchanan Sr.; cousin, Adriene S. Buchanan and aunts, Anita Rife-Anderson and Marlene Rife.

To order memorial trees or send flowers to the family in memory of Ronald Buchanan Jr., please visit our flower store.
Send a Sympathy Card