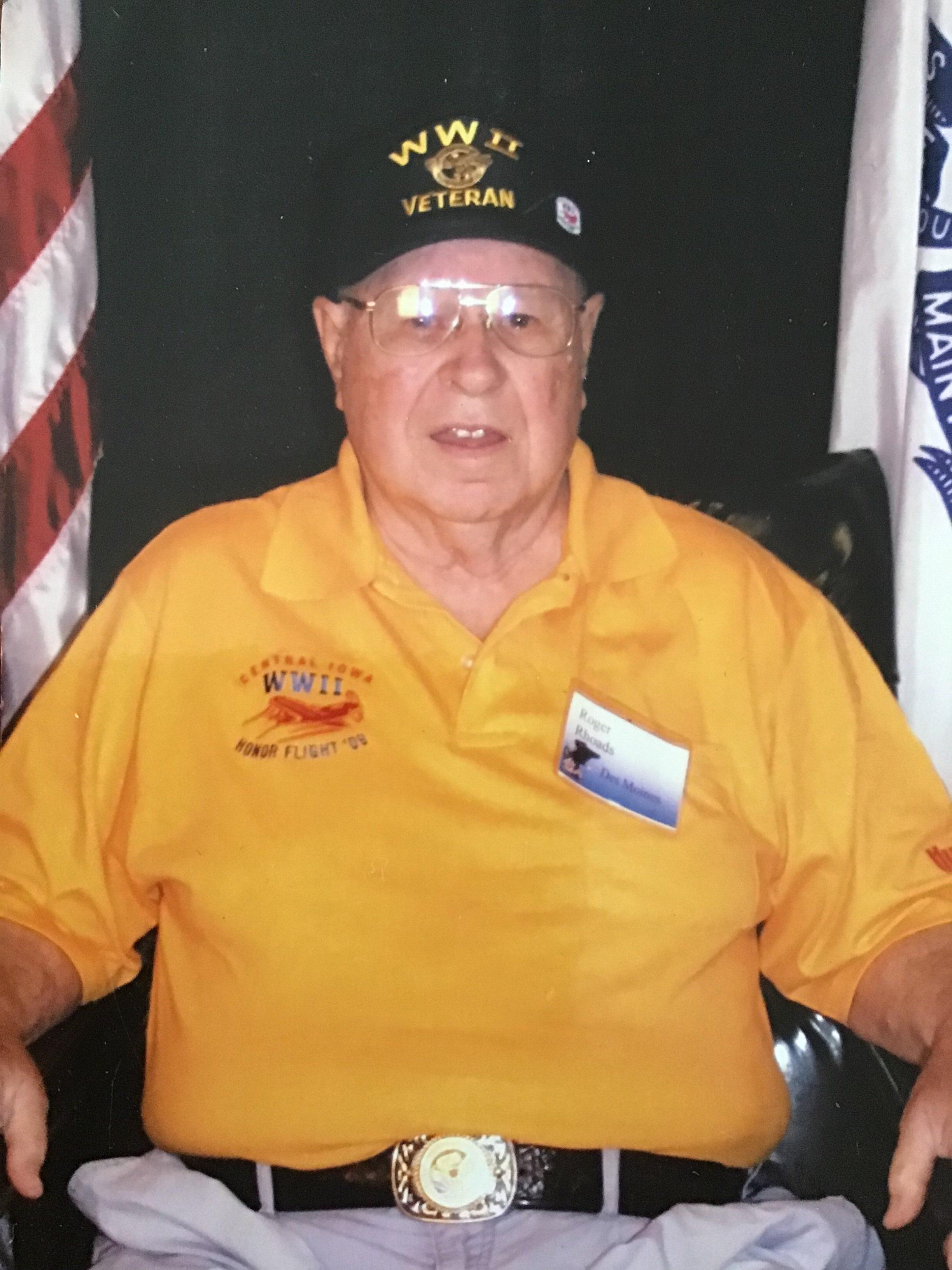 Roger Rhoads was born February 7,1925 to Vern and Freda (Garret) Rhoads in Wayne, Nebraska.  Roger and his family moved to Des Moines, IA. where he attended the Des Moines Public School System and graduated from Roosevelt High School.  After graduating, Roger enlisted in the Army to serve in WWII where he fought in the Battle of the Bulge.

Following an honorable discharge from the service, Roger returned home where he married his wife Josephine. Roger was married to Josephine for over 73 years and from that union they had one child, Thomas.  For most of Roger's career he worked for Quality Ford as a car dealer and Office Manager.

Roger passed away February 26, 2022. he was preceded in death by his parents, Vern and Freda Rhoads, wife Josephine Rhoads, brother Garret Rhoads.

Leaving to cherish his memories is his son Thomas (Diane) Rhoads, sister Mary Jean Sherman and a host of extended family and friends.

To order memorial trees or send flowers to the family in memory of Roger Rhoads, please visit our flower store.
Send a Sympathy Card