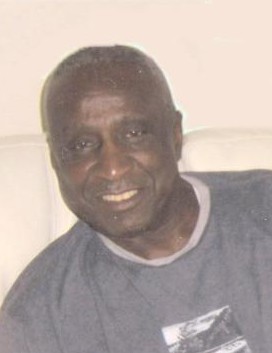 Robert was educated in the Des Moines Public school system.  He completed his primary education at Amos Hiatt Middle school. Times were hard then, so Robert left school to make his way in the world. He lied about his age and joined the United States Army. He soon realized that youngsters weren’t made to fight in a grown up war.

Robert returned home to find a job. He found employment at Armstrong Tire and Rubber as a Tire Builder.  He also got married to the love of his life, Hessie Alicia Jenkins. Sadly, Hessie would precede him in death.

After his retirement from Armstrong, Robert couldn’t sit still. He worked for Keck Parking and was also a Baseball Umpire. Robert loved baseball and watching TV court shows. Robert also loved helping others. He had a soft spot for children and would try to help steer them the right way. Robert also loved his church. He was a long time member of Mt. Olive Missionary Baptist Church where he served in several capacities. He was an usher, trustee, assisted in the food pantry and would help cook for any meal that was served he liked to listen to traditional gospel music and sang with the Men’s Chorus at Mt. Olive.

August 24,2017 Robert answered the Masters call to rest. He was 87 years old. What a reunion there was in Heaven! Waiting to meet him was his wife, Hessie; his son, Robert Stephen Jenkins and his parents, Green and Louise Jenkins.

To order memorial trees or send flowers to the family in memory of Robert G Jenkins, please visit our flower store.
Send a Sympathy Card