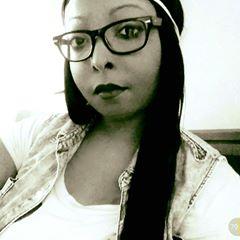 Ria Nicole Thompson was born July 23, 1987  in Des Moines,      Iowa to Johnny and  Wilma (Neighbors) Thompson. Ria was one of three daughters born to this union. Bright  and opinionated, always on the go she graduated from  high school and continued her    education at DMACC where she was awarded her Associate in Arts degree. She also attended the Art Institute in Lenexa, Kansas. She paint and draw; and was very artistic in her own right as a photographer.

Ria was the spark that started all the good times. She was fun to be around and had a comedic gift that kept everyone laughing. She loved playing jokes on you. She loved children and they   gravitated towards her. Ria was the “Ultimate Godmother” to many of them. Ria was also a great cook. She became so skilled that she felt she could correct the Master Chefs in the house (Mom).  Ria was very active in the NAACP’s ACT-SO program. She was instrumental in helping establish the program at it’s inception and helping to train the young people that came behind her. Ria was a lifelong member of Mission Temple Church of God in Christ. She came as a baby in her mother’s arms and continued to grow and participate all her life as she sang in the choir.On June 19, 2017, after a knock down, drag out fight with Lupus, Ria won the battle and went home to be with the Lord. Preceding her in death were her grandparents, A.B. (Wilma) Neighbors and J.B. (Rena Mae) Thompson.

Ria leaves fond memories with her parents, Johnny and Wilma Thompson; her sisters, Heather Dawn Neighbors of Des Moines and MaLinda Marie Thompson of Atlanta and a multitude of friends, acquaintance's and admirers of her strength.

To order memorial trees or send flowers to the family in memory of Ria Nicole Thompson, please visit our flower store.
Send a Sympathy Card