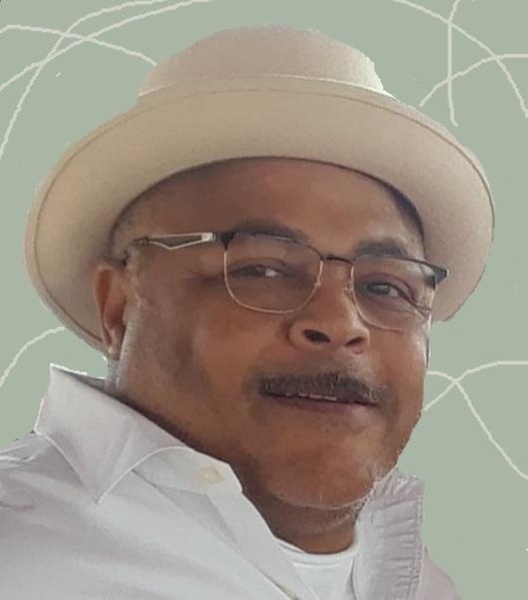 Pastor R. Derrick Nichols was born January 24, 1960 to Pearline Annette and Master Sergeant Ervin Jack Nichols of Des Moines, Iowa. From the start of his young life, he was a go getter and had a mind of his own. He attended Des Moines Public School and graduated from Tech High School as an Engineer (Mascot). He played varsity football during his tenure at Tech and was a standout athlete. He was voted Senior Class President and earned the title “Mr. Engineer”. To this day he could talk conversationally about any football team or player in the National Football League.

As a youngster, we called him Colonel because he paraded in his US Army Green Jump Suit until he out grew it; yet he continued to wear it, no matter how high the water got. After high school, he enlisted in the US Marine Corps in 1978 and served a tour of duty in Okinawa, Japan. Yet seemingly he felt that he had not accomplished everything that he wanted to accomplish. From a young age, he entertained a religious conviction to his Lord and Savior Jesus Christ as a member of Bishop Jerimiah Reed’s fledgling congregation; and was known to have preached a sermon to his Sunday School class before age ten. He worked numerous jobs in Des Moines and Omaha and attended the University of Nebraska. He moved to Portland, OR in 1989. A few years later he applied to the University of Tennessee and graduated with a BS Degree in Political Science and moved back to Portland where he became a member of First AME Zion Church. He remained a member there until his death. It was at this point in life that Derrick firmly understood his call and set about to fulfill his dream to establish his own ministry in the AME Zion Church. He returned to school and was accepted into Hood Theological Seminary School. He took a position at Solders AME Zion Church in North Carolina to preach to a congregation during the summer from Memorial Day to Labor Day. He liked a church that talked back to him and they weren’t used to that. He had a sign made that hung behind him and when he made a point that needed an “Amen”, he pointed to it and they responded accordingly. They also had fans made with “amen” on the back so they could flash him their comment. He was living his dream and his best life-finally.

Derrick grew up surrounded by cousins, who lived on both sides of him and got a first hand look into his character. He loved being around family and hanging out with the big kids. When a pick up football game was in progress you could always count on the Colonel trying to get on a team. Despite being a ‘shorty’, he was a tough customer. Tough enough to sleep out in freezing cold and snowy weather in a tent with selected Boy Scouts of Troop 184. He earned the Snowflake award and wasn’t even old enough to be a Boy Scout. He was an avid little league baseball and football player and enjoyed playing team sports. He was also fearless, I recall hearing a story from another cousin who indicated that “Poncho” drove his older brother’s Cadillac to the corner store after an argument. He couldn’t have been more than seven or eight years old and was able to maneuver the vehicle without a scratch until apprehended by Danny. To know him was to love him. Intelligent, creative, fun loving and committed to family.

On June 23, 2021, R. Derrick Nichols arrested his dream and headed to glory. Preceding him in death was his mother, Pearline Nichols Burke; father, Master Sergeant Earvin Jack Nichols and his brother, Danny Nichols.

To order memorial trees or send flowers to the family in memory of Rev. Derrick Nichols, please visit our flower store.
Send a Sympathy Card