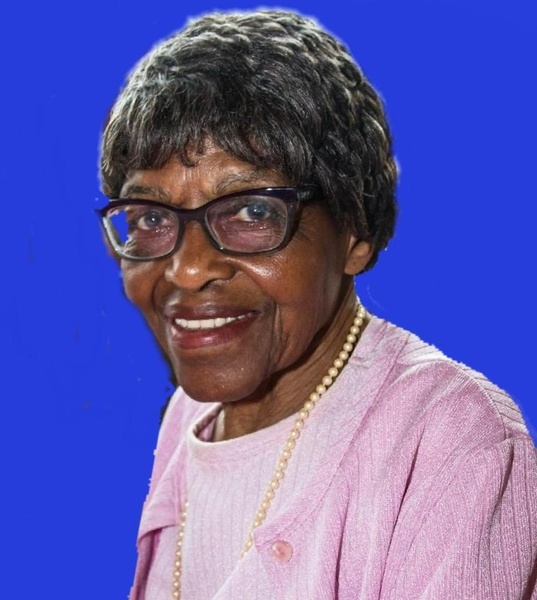 Oreatha (McCoy) Shears was born in New Jersey on November 30, 1926 to William McCoy and Tressia Veasley.

After graduation, from Orange High School, Oreatha obtained employment as a telephone operator. Oreatha’s distinctive voice could be heard at New Jersey Bell and Ohio Bell Telephone Companies. She also worked for University Hospital in Cleveland, Ohio. She married the late Deacon Thomas Shears on July 21, 1946 and they moved to Cleveland, Ohio where they lived until 1972. They later moved the family to Des Moines, Iowa. Oreatha worked for the State, Ames High School. Her last job was at Employers Mutual Insurance where she retired after 10 years of service.

Oretha was busy. With four children in the house, she managed to cook and sew many of the clothes she and the children wore. She was an excellent cook, having learned from her mom and husband. She was a girl scout leader and played piano. She also enjoyed swimming at the “Y”. In 1995 she attended Grandview University and majored in Religious Studies. She soon found that God required more of her. This shy and quiet woman preached her first sermon the day before her 70th birthday. She still found time to spend with her children and was devoted to her grandchildren and great grandchildren.

On December 9, 2021, God called Reverend Oreatha Shears’ name and she answered His call. She was welcomed to the other side by her husband Thomas; her parents William and Tressia McCoy; her brother, Wilbert Hill and sisters, Thelma and Odessa.

To order memorial trees or send flowers to the family in memory of Rev. Oreatha (McCoy) Shears, please visit our flower store.
Send a Sympathy Card