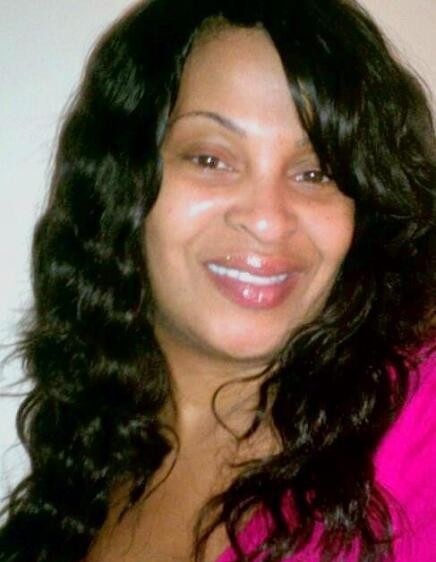 Raquel Gunn passed away on Wednesday August 26, 2020, in Atlanta, GA

Celebration of Life Services will be held at 12 pm Friday, September 4, 2020 at True Bible Baptist Church. We will follow CDC guidelines for masks and social distancing.

Kelly attended Longfellow Elementary School and Goodrell Middle School before graduating from East High School in 1987. As a member of the varsity basketball team, she was affectionately nicknamed “Gunner.” After high school, Kelly attended the University of Iowa where she earned a Bachelor of Science degree (Sociology) in 1991. She became a Kappa sweetheart and built many long-lasting friendships.

After graduating from Iowa, Kelly joined the Iowa State Juvenile Department – where she demonstrated her passion for helping youth. She worked there until 1994 – before the birth of her daughter, Malikah Williams, who changed Kelly’s world forever. Kelly and Malikah’s unconditional love and everlasting bond were unbreakable – much like Kelly’s relationship with her mother and best friend, Linda.

While growing up in Des Moines, Kelly attended Union Missionary Baptist Church with her family – under the leadership of Henry I. Thomas. In Atlanta, she visited various churches. She was a believer in Jesus Christ.

Kelly was passionate about fashion, trends and purses. She was a Chanel lover! Pins, hats, purses, socks, if it was Chanel she loved it and most likely had it. She enjoyed watching reality television shows, as well as listening to music and attending live concerts. Kelly was extremely passionate about her health and wellness. Her motto was “Mind Right, Body Tight.” She enjoyed working out at LA Fitness and taking long, early morning walks before starting her day.

Kelly was outgoing and the life of the party. She enjoyed dancing and definitely knew how to have a good time. She was a hustler and a go-getter. She always went for what she wanted in life. She was everybody’s favorite sister, aunt, cousin and friend. She was always willing to help someone – never saying “no” to anyone in need. She was truly a gem – the person that everyone could depend on. There was nothing she loved more than spending time with family. Although she lived in Atlanta, she always came home for Thanksgiving (21 years) and would always stop to get A&E Dip, Tasty Tacos and a Mr. Bibs Tenderloin. Purple was her favorite color but she also had an affinity for black and gold (Iowa Hawkeyes) and black and red (Atlanta Falcons). A genuine people person, Kelly loved everyone and was immensely loved and respected by many.

Kelly went home to be with the Lord on August 26, 2020 with Malikah and Shelly by her side. During her transition into eternity, the gospel song “Hallelujah, Salvation, and Glory” played softly in the background. She was preceded in death by her beloved grandparents Mevelyn “Sandy” Gunn and James Gunn.

Those left to cherish Kelly’s memory and legacy are: Malikah Williams (daughter), Linda Terrell (mother), Clarence Cavil (father), Rhonda Gunn, Rachell “Shelly” Johnson (Brent), Tearance “TC” Cavil (Jena), Tyray Gunn and Ja’Don Cavil (Melani). Others include: Clyde Drain (great grandfather), Henry and Myrtle Thomas (godparents), as well as aunts, uncles, cousins and a host of nieces and nephews – all of whom had special relationships with Kelly. She also leaves behind many professional colleagues and countless friends in Iowa, Georgia and throughout the United States.

To order memorial trees or send flowers to the family in memory of Raquel "Kelly" Gunn, please visit our flower store.
Send a Sympathy Card