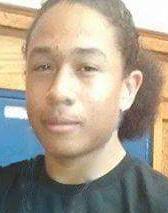 Quai Maurice Horton was born March 21, 1999 to Iesha Shade Butts and Richard Horton in Des Moines, Iowa. He was educated in the Des Moines Public School System and would have graduated in June of this year. His favorite subject was graphic design.

Quai was a quiet, well mannered young man. He was    always eager to help and he was especially close to his siblings. He was very protective of his younger siblings and cousins. As a typical teenager, he loved his music and hanging out with friends. Playing music and video games were the favorite after school activities. Quai had the memory of an elephant and was very intelligent. He swam like a fish from the time he was a toddler.  He was fearless when it came to diving. He liked football, weightlifting and was very competitive.  In quiet times he liked to  journal. He was a published author with an entry in “The Courage of Boston Children”.

Quai’s talent and gift was in spreading light amongst those who were lost. He dreamed, and listened and cared.

On February 7, 2017 Quai stepped from time into eternity when he answered the Master’s call. He was met on the other side by his brother, Keontae Horton; Grandpa James Brown; great grandma, Carol Keannna; and       uncles, Ronald Shade and Carlo Brown.

To order memorial trees or send flowers to the family in memory of Quai Maurice Horton, please visit our flower store.
Send a Sympathy Card