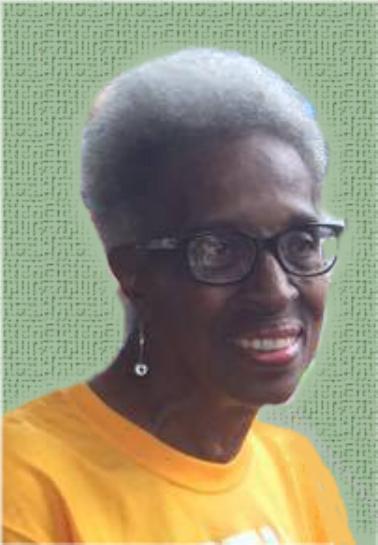 Phyllis left Des Moines for the “Mile High City” of Denver, CO. The Bronco’s were her favorite team. She lived there for over 30 years before  returning to Des Moines in 1985. It was in  Denver that she joined the Mountain Temple Lodge #174. When she returned to Des Moines, she joined Rose Temple #33. It was here she served as a Daughter Ruler, Vice Daughter Ruler, Doorkeeper and Gatekeeper during over 40 years of membership. The members of the Elks Lodge were like her second family.

Phyllis was employed by the State of Iowa at IPERS. When she wasn’t at work you could hear Phyllis say, “Let’s play cards”! She loved playing blackjack and poker. Phyllis was the family historian for the Eastside of Des Moines. She knew ALL the relationships. Phyllis  never met a stranger and always had a smile on her face. She had one child, Tracey. They were best friends and took care of each other. Though her nieces and nephews were the loves of her life, she had some favorites; her son in law, Ronald and grandchildren, Kalynn and Royan.   Phyllis was a life long member of Bethel AME Church.

Phyllis passed away March 4, 2018 at the age of 80. Preceding her in death are her parents; her sisters, Brenda and Quancidine; a niece,  Karla; nephew, Brian Keith Wheels and sister-in-law, Barbara Sue Wheels.

To order memorial trees or send flowers to the family in memory of Phyllis Wheels, please visit our flower store.
Send a Sympathy Card