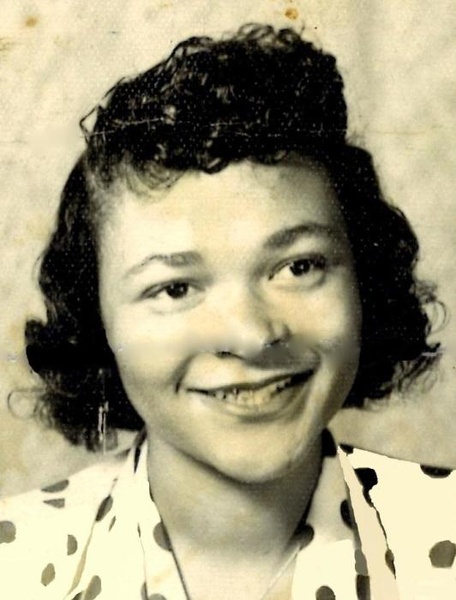 Pearlene Annetta Burke, the daughter of Willie and Rosetta Saunders, was born on February 23, 1934 in Des Moines, Iowa.  Pearlene began her education in the Des Moines Public School system. She left school early to work and help the family with expenses. She would eventually obtain her GED.

At an early age, Pearlene confessed Christ and became a dedicated member of Kyles AME Zion Church. She held various positions at church, serving as choir director, church secretary, and part of the kitchen staff.

Pearlene worked for Oakridge Neighborhood as a dispatcher, and as a foster grandparent at Woodward State Hospital and Moulton Elementary School.  She also worked as a waitress and bartender at the CP Club on old Center Street. When she wasn’t working Pearlene enjoyed watching westerns on TV, old school country music and watching her San Antonio Spurs or Pittsburg Steelers play. She was a great cook and once cooked all the food for a church convention by herself! Pearlene was the founder of the Des Moines Chapter of the Knights of Pythias, Order of Calanthe, Samaria Court #9. She held two positions as the  worthy Counselor and Orator.

In the early 50’s Pearlene was married to MSgt. Ervin Jack Nichols. She had two sons, Danny and Derrick. Later Pearlene would marry Donald Burke and acquire a daughter, Lisa Lin from this union.  After Donald ‘s death she moved to Portland, near her son, Derrick.

Left to celebrate Pearlene’s love for life are her son, Pastor R. Derrick Nichols; grandchildren, Brandi Nichols, Felicia Nichols, Lily Nichols and Mario Martinez; her great grandchildren, DeJah Nichols and Asjha Johnson; her sisters, Maxine Long and LaQueta Murphy and her daughter in law, Paulette Taylor along with many extended family and friends.

To order memorial trees or send flowers to the family in memory of Pearlene Annette Burke, please visit our flower store.
Send a Sympathy Card