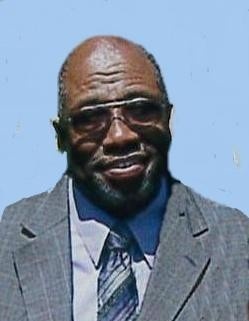 Pastor Wayne Elvin Maclin Sr. was born on July 3, 1950 to Jesse Kinnon and Lou H. Currie, in Brownsville, TN.  He was educated locally and earned his high school diploma from West High School in Jackson, TN.

Pastor Maclin professed Jesus Christ as his personal savior at a young age.  A long his life’s journey he was called to preach God’s Word to the masses so that one day they might be saved.  He began ministering under the guidance of Pastor Alex Crawford, Jr. at Morning Star Baptist Church.  He was then led by the Lord to start Jesus Restoration Ministries.  He served as Pastor/Founder until he was called to glory.

Pastor Maclin worked many jobs throughout his life as a trade laborer.  During his time in Iowa, he worked for Bridgestone Firestone until his retirement.

In his free time Pastor enjoyed traveling, reading The Bible and cooking.  Pastor was also gifted with a sense of humor.  He was always good for sharing a joke or two and talking mess to anyone who dared to match wits with him.

On September 8, 2020 Pastor Maclin completed his work on this side and was called to receive his just reward.  He was reunited in glory with his parents; a brother, David and other loved ones.

CDC guidelines will be followed with masks required during the visitation. Social distancing is encouraged