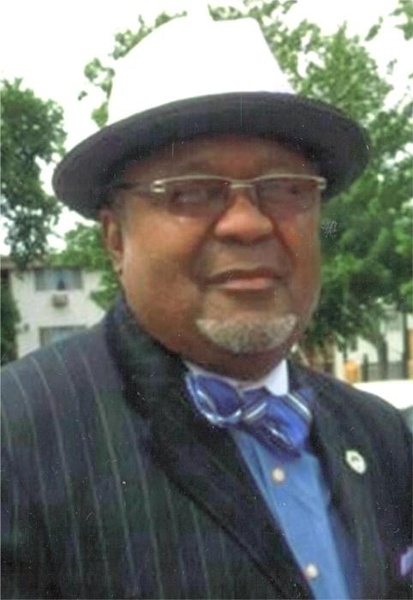 Pastor Phillip Wilson, former pastor of the Mt. Zion-Oralabor church has passed away.

A memorial gathering is planned for 1 pm on February 8, 2020 at Our Savior's Baptist Church.

Memorials may be directed to the family.

Phillip Leroy Wilson was born May 24, 1946 in Des Moines, IA . Phillip was the 7th of Seven Children born to Ernes and Frances Wilson.

Phillip graduated from North High School in  Des Moines, IA. Shortly afterward he went to Chicago, IL where he was drafted into the U.S. Army in 1965. He was shipped to Fort Dix, New Jersey for basic training and from there to Camron Bay and Viet Nam where he fought for two years.

After his honorable discharge he resided in Jersey City, New Jersey.

Phillip worked for Citi Bank and after attending welding school, he worked for Jersey City Incinerator. After his retirement he moved back to Des Moines to care for his ailing mother.  He went back to work for Des Moines Bus Company.

Phillip married Ruthie Hudson and together they raised six children. He was a loving Father, Grandfather and Great-Grandfather.

Phillip was a sharp dresser who enjoyed fishing, watching sports, bowling and telling jokes to the grandchildren

Phillip was preceded in death by his parents, Ernest and Frances Wilson; his sister Kathleen Wilson, Brother Raymond Charles and Gilbert Wilson and a host of aunts and uncles.

To order memorial trees or send flowers to the family in memory of Pastor Phillip L Willson, please visit our flower store.
Send a Sympathy Card