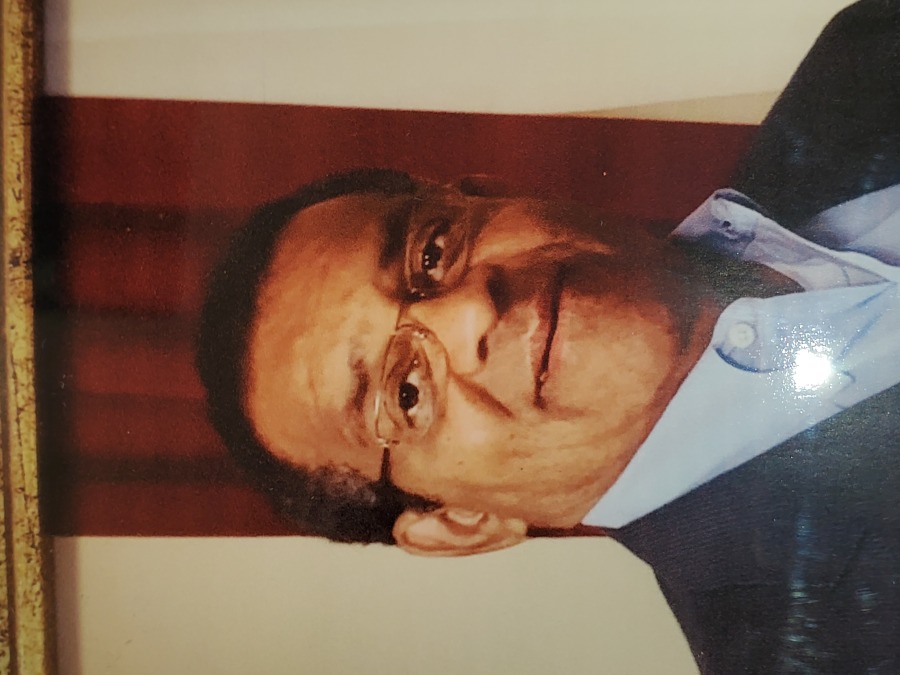 Pastor Larry Cooper went home to be with the Lord on Sunday, January 3, 2021.

Larry Alfred Cooper was born on January 22, 1943 to Alford Cooper and Dencie Caldwell in Des Moines,  Iowa.  Larry was one of seven children.

Larry completed his general studies at Des Moines Technical High School.  As a man of ambition, Larry enlisted in the United States Army and served for eight years. Larry furthered his education while on active duty attending the University of Maryland Branch in Germany and the USAF Extension Institute.  While in the    Army, Larry worked in Teletype and Crypto Operations.  He also was an instructor of Cryptographic procedures at Signal School in Fort Gordon, Georgia.  Ranked as a Staff Sergeant, Larry served over seas in the Vietnam War for one year.  He also completed several business management courses and related seminars.  He was honorably discharged in 1969.

Larry was blessed to join Geraldine Douglas in Holy Matrimony on Christmas Eve, December 24, 1980 in Rock Island, Illinois.  To this union, eight children were shared.

Larry confessed a hope in Christ at an early age.  Upon his profession of faith, he was baptized by the late Rev. Powell.  Being directed by God on his way to church one Sunday morning, he found himself in fellowship with Mount Olive Baptist Church where he answered a call from God to enter the ministry in  December of 1981.  He was licensed to preach the Gospel as a Minister in August of 1982 at Mount Olive Baptist Church under the Pastorship of Rev. H. R. Fields.  He was ordained as “Reverend” in March of 1984 and served as the Associate Pastor of Mount Olive  Baptist Church until he was called to pastor at St. John Baptist Church.  As a pastor, Rev. Cooper preached his first sermon on September 1, 1985.  Pastor Cooper attended Seminary Extension Courses of the American Baptist Theological Seminary under the late Dean, Rev. William Grimes.  As a man of God, Pastor Cooper was part of many distinguished events.  In particular, he was  selected to render the invocation at the Republican appearance of President Ronald Reagan at the Veterans Auditorium in 1984.  After pastoring for many years, Rev. Cooper continued his ministry being instrumental in building the kingdom by helping ministries at various churches in Des Moines, including True Bible Baptist Church and Faith Missionary Baptist Church.  In season and out of season, he would preach whenever asked without accepting an honorarium.

While serving as a pastor, Rev. Cooper was highly involved in the corporate world serving as an Account Executive with Freeman Decorating Company and Freeman Design/ Display Company in Des Moines.  He was also an Independent Consultant for National Trade Shows under L.A.C Exhibit Decorators.  Along with that Rev. Cooper owned and operated two businesses in Des Moines.

Pastor Cooper loved to travel and was fortunate to visit Europe, Thailand, Vietnam and 43 of the 50 states in the United States.  Although he loved to travel Rev. Cooper didn’t mind being a homebody watching the cowboys on TV whenever they came on.

Pastor Cooper was a family oriented individual who loved his wife and children dearly.  He was a strict father, yet very principled.  He was also very opinionated, yet full of love.  As a family man, Pastor Cooper thought of himself as the barbeque king!  He also loved to cook guinea grinders.

On Sunday, January 3, 2021, Pastor Larry Alfred Cooper accepted the Master’s call to come home and rest from his labor.  He is preceded in death by his parents, Alford Cooper and Dencie Drain; siblings, Marvin Cooper, Jimmy Cooper and Mevelyn “Sandy” Gunn.

*CDC guidelines will be followed with masks required during the Visitation and Graveside Services.   Social Distancing will strongly be encouraged.

To order memorial trees or send flowers to the family in memory of Pastor Larry Cooper, please visit our flower store.
Send a Sympathy Card