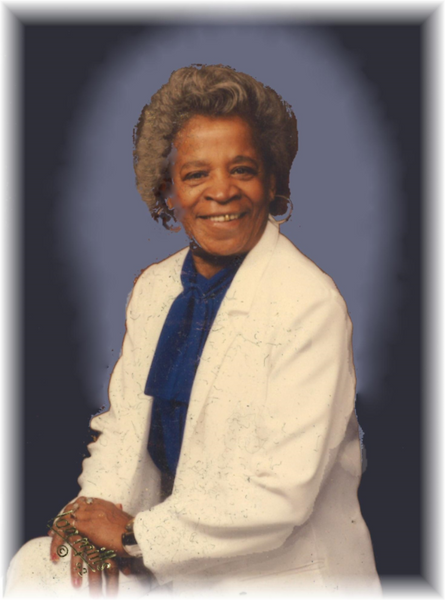 Nora Lee Fowler  was born January 25, 1926 to Frank Lee and Daisy Lee (Vaughn) Edwrds. Nora  was a  life long resident of Des Moines, IA. She grew up attending Union Baptist Church, but later was a member of Morning Star. She graduated from high school in Des Moines and was employed by Iowa Methodist Medical Center for many years as a Unit Secretary.

Nora  and her husband Robert were the neighborhood parents on 15th Street. They kept watch over their crew: Reginald, Marsha, Noretta, Duane and Lucky, along with all the other children.

After retirement Nora was always busy. She spent time looking after her grandchildren and enjoying life. She loved making ceramics, bowling with the Roadrunners, knitting, crocheting and even upholstering furniture. She was a member of the Order of the Elks and the Knights of Pythias. Nora loved to travel, though she never learned to drive. That didn’t stop her though. Nora was a good cook, She made the best dressing in the world; and don’t forget her mac n cheese!

Nora answered the Masters call to rest on July 31, 2018 at the age of 92. Her beloved husband, Robert and an infant son preceded her in death . She was also preceded by her siblings, Cecil and Raymond Edwards, Bernice Davis, Ethel “Rita” Collins and her daughter in law, Tempie Flanigan Fowler.

To order memorial trees or send flowers to the family in memory of Nora Fowler, please visit our flower store.
Send a Sympathy Card