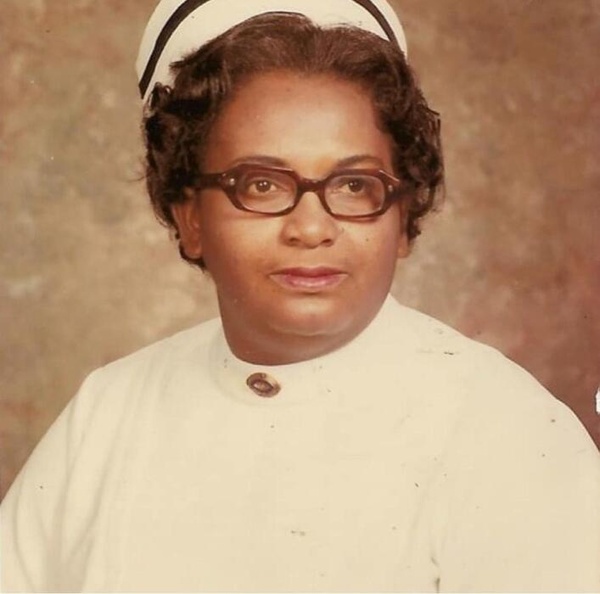 Mary Emily Rife was born on December 6, 1932, in Fayette, Mississippi (Jefferson County) as one of two children to Pinkie and George McDaniel. She and her older brother, Johnnie Turner McDaniel (born March 31, 1931), were raised in a loving family but times were hard in the south and daily living required hard work from all members of the family. As a result, she learned a strong work ethic at a very young age.

In school, Mary was considered an excellent student from an early age, particularly in science and math and enjoyed assisting others in her classes with their school lessons. She loved school and was proud to graduate from Mount Olive High School as valedictorian and as a member of the girls’ basketball team that won a state championship.  Unfortunately, Mary was not able to go on to higher education at that time, which was something that she felt badly about for years. It had been her dream to one day become a pharmacist or a nurse.

As an adult, Mary moved away from Mississippi and met Leonard W. Rife. On July 12, 1956, the two were married and relocated to Des Moines, Iowa. He was the eldest of a family with 13 children and they welcomed Mary and she was happy to be a part of this large, loving family. Together, they began their own family but she never gave up her hopes of returning to school and pursuing a career. Slowly her dream became a reality when she was able to return to school and, in 1962, she graduated from the Des Moines School of Practical Nursing as a Licensed Practical Nurse (LPN). She enjoyed the nursing profession so much that she became one of the first LPNs to apply for the Advanced Placement Program offered by Broadlawns School of Nursing. The program allowed a fast-track toward becoming a Registered Nurse for those LPNs who were able to pass the challenging examinations. At age 38, and as a mother of six children, she was able to complete the program and became a Registered Nurse in two years, where it would typically have taken three.

Becoming a nurse was not where Mary’s drive stopped. She became a member of Corinthian Baptist Church, under the initial leadership of Reverend Frederick Strickland. Over 63 years as a member of the church, she supported six different Pastors. As an active member of the church (and before retiring after 33 years as a Visiting Nurse) Mary saw the many needs of the community on a daily basis. She relentlessly enlisted the support of other nurses at the church and Dr. Julius Connors, Dr. George Caudill and Dr. Robert Anderson to bring about the Church’s Free Clinic. The clinic continues today, providing services not only for parishioners but also for those in the community.

Mary also served on the Health Care Ministry in various leadership positions. In the Ministry, she continued to work with Dr. Conner to establish the Child Health Clinic, because she was very concerned about the many health needs of students and families. She would often brainstorm with Dr. Conner to identify what else could be done to support the elderly and the low-income families in the neighborhood. She pushed for free flu shots and informational sessions to be available in the community through the church. Like other medical professional in the church, Mary also brought her training as a Registered Nurse to the Corinthian Family Health Free Clinics until retired in 2013.

As a dedicated member of the church, Mary used her personal funds to finance the reactivation of the weekly Corinthian Radio Ministry, which brought forth many new members. In addition to the roles already described, she served as Chairperson for General Missionary Society Ministry, Board of Trustee Member, a member of Corinthian’s Women Auxiliary (CWA), a member on the Mother’s Board, and Chairperson on the Regional Women’s Missionary Guild.

After “retiring” from 33 years of service as a Visiting Nurse, Mary continue to work part-time over the years at Des Moines General Hospital, Iowa Jewish Nursing Home, Broadlawns Hospital and at the clinic at Corinthian.

Because of her love for nursing, she was inspired to start the Mary E. Rife Scholarship Program. She had noticed that during her many years as a nurse in the Des Moines, Iowa area, she had seen very few African Americans in the field. As a result, it was her hope that through the scholarship program, other African Americans will have the financial support needed be able to become a nurse. She wanted to provide financial assistance so African Americans would not be prevented from achieving their dreams, simply due to lack of funds.

She was also very active in the community, volunteering as a Girls Scout and Blue Birds Leader, a member of the LPN Association, a member of the Iowa Nurses Association (District 7), a Bell Ringers Leaders, and a member of the Sickle Cell Association of Iowa. Hers was the house many of the children in the neighborhood would gather. Whether it was to play with the pets, get in on a trip to a drive-in movie, join in on a fishing outing, or just to join her daughters for Friday night movies with pizza and popcorn, children gathered.

When the neighborhood park was being overrun by gang and drug activity, Mary started a neighborhood partnership with local law enforcement to drive out the crime and make the park a place safe again for children and adults, alike. Movies began being shown there and outdoor concerts returned. When the park showed signs of neglect by the city, she rallied neighbors to sign petitions to rebuild the shelter house, add a Good Park sign, build a splash pads for hot summer days and provide a restroom.

A public visitation will be held at Henderson's Highland Park Funeral Home in Des Moines on Monday, November 2, 2020, from 12:00 p.m. until 7:00 p.m. Funeral services will be held on Tuesday for immediate family, only. Donations may be made to the Mary E. Rife Scholarship Program at DMACC Foundation.

A private Celebration of Life Service will be held at a later date.

*CDC guidelines will be followed during the Visitation with masks required.  Social Distancing is encouraged.

To order memorial trees or send flowers to the family in memory of Mother Mary Emily Rife, please visit our flower store.
Send a Sympathy Card