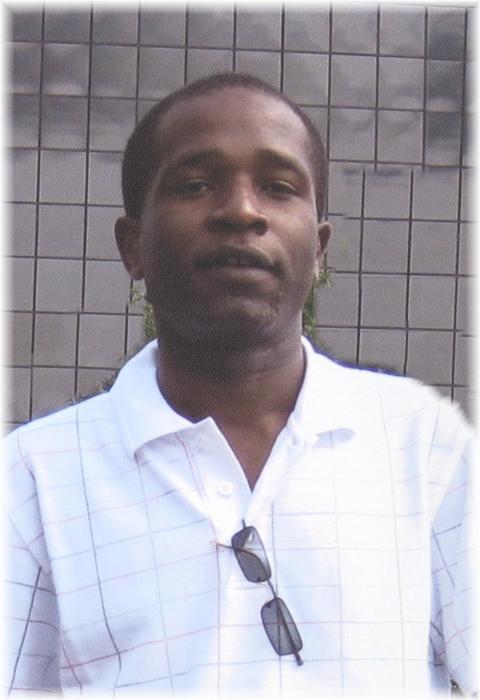 Matanda  Wasike was born May 24, 1976 to Festus Wasike Nalyanya of the Abasioya clan and Susan Khanali Wasike of the Abatovo clan in Lwandeti location, Matete District, Kakamega County of Kenya.  He was the last born son in a family of many.

Matanda, who was affectionately called  “Mike” received his primary education at Lukhokho Primary school and did his KCPE in 1990 and passed with 72 points out of the possible 84! This means he was very intelligent. He completed his high school education and attained his MBA at the University of Nairobi  before emigrating to the United States in January of 2009.

In September of 2003, Mike married the love of his life, Joan Sinali  Namechemo.

Mike was initially employed by Walmart as a cashier. He later joined Wells Fargo Bank as a Credit Analyst. He totally enjoyed his job and the people he worked with. When he wasn’t working, Mike loved playing and watching soccer. He listened to all kinds of music, except he wasn’t fond of the new rap; and he was a good dancer. Mike was a good cook who’s specialty was ugali or any kind of stew; but he developed a great love for  BeBops and Little Ceasar Pizza. Mike loved listening to CNN and reading business news magazines. Most of all, Mike enjoyed spending time with his family and friends.

Family was very important to Mike. He was looking forward to returning to Kenya to visit his mother the summer of 2013. That was until a cold and snowy day in February 2013. Mike stopped to offer assistance to three teenagers he thought needed his help. They rewarded his kindness by ruthlessly attacking Mike in a carjacking attempt. He was beaten nearly to death. Following the attack he was treated at Methodist Hospital and Younker Rehab. He was moved to Brookhaven in Tulsa Ok in 2013.In December of 2015 Mike was moved back to Mitchelville, IA to be near family. He took his last breath  Monday, January 22, 2018.

Our family is grateful for the time God loaned Mike to us. We will miss his great smile and energetic spirit. Mike’s footsteps will echo within our hearts forever.

A reception and fundraiser will follow the services at Imani Family Church.

To order memorial trees or send flowers to the family in memory of Matanda "Mike" Wasike, please visit our flower store.
Send a Sympathy Card