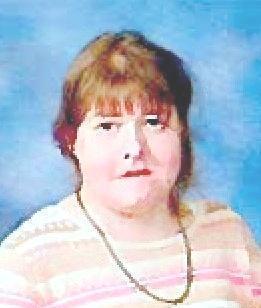 Mary Lou (Sanders) Triska was born on April 23, 1968 to Jim Sanders and Donna Fisher in Iowa City, Iowa where she was also raised and educated. She was the oldest of five children. Immediately after high school she moved to Des Moines, IA

Mary married Junior Triska and with this union came one child, Anthony.  The marriage later dissolved but their friendship remained. She loved her family very much and did all she could to make sure everyone was taken care of. She loved the church’s rendition of “Lean On Me”.  She also enjoyed long talks on the phone, showing good will to every person she had a conversation with, on or off the phone.

Mary was a long-time member of Burns United Methodist Church under the leadership of Pastor Angela Lewis.  In her spare time, she enjoyed watching movies, singing and cleaning.  Her personality could be described as joyful and gregarious.

Mary passed away on September 10, 2017 at Lutheran Hospital in Des Moines, Iowa. She was preceded in death by her grandmother, Lillian Fisher. She will be greatly missed and remembered as a wonderful mother, churchgoer and a great friend.

Mary is survived by her parents: Donna and Jim; son, Anthony Triska; three brothers: Robert, Wade, and Gary; one sister, Malinda; 11 nephews, two nieces, along with many extended relatives and friends.

Memorial contributions may be sent to the family in care of: Henderson’s Highland Park Funeral Home, 3500 6th Ave., Des Moines, Iowa 50313. Online condolences may be left at www.hendersonshp.com.

To order memorial trees or send flowers to the family in memory of Mary Lou Triska, please visit our flower store.
Send a Sympathy Card