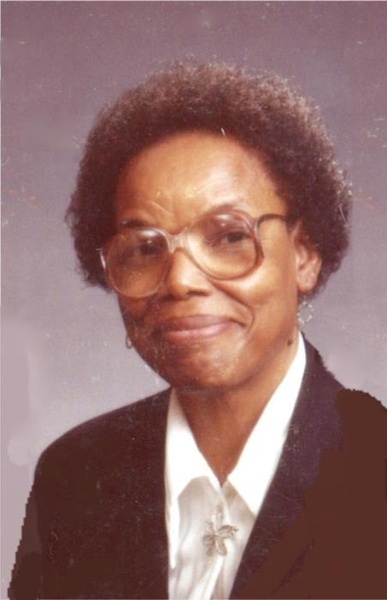 Malinda L. Haynes was born on Wednesday, February 22, 1922. She enjoyed recognizing her unique birth date as 2-22-22. Malinda was the granddaughter of Levi Williams and the seventh child born to Andrew and Willie Ann (Williams) Ward in Gilmore, AR. Although she did not have a middle name like her siblings, she added the letter ‘L’ for Lucille, to her name when she became an adult.  Her parents were sharecroppers and lived in the county outside of Gilmore; in the area known as Dogwood, AR. She attended school and church in this    community.  Malinda accepted Christ as her Lord and Savior in 1936 at the age of fourteen under the pastoral care of Rev. S.A. Parker. She completed the eighth grade. In later years, she attended the Cape Girardeau Vocational Training School and completed the equivalent of her junior year of high school through the General Education Diploma (GED) program.

As a young woman, she was introduced to William Haynes by her older sister, Ola Mae. After a short courtship, William and Malinda were married December 25, 1939. William and Malinda moved from Arkansas to Missouri and to this union seven children were born: Louis, Shirley, Gladys, LuWanda, Louise, Sharon and (Gretchen) Arleen.  William and Malinda raised their children in Cape Girardeau and were members of Second Baptist Church prior to moving their memberships to New Bethel Missionary Baptist Church.  Malinda sang in the church choir, and was often requested to sing “Move on up A Little Higher” by Mahalia Jackson. Her signature song was, “The Lord Will Make a Way Somehow”. She was active in the mission    auxiliary, and attended Christian Leadership Training annually at Windermere Baptist Conference Center in Roach, MO with Rev. G.L. Gladney, Dr. Loren J. Belt, Mrs. Lillian Glass and Mrs.   Sarah West. She served faithfully as president of the mission and the church’s financial clerk. She was well respected in both church and community; following the leadership of Revs. Leo Ragland, Roy Nabors, William J. Moore, William Hobson and Johnny Thomas. Malinda was a domestic worker in the home of Dr. David Otto for several years. Later, she was employed at Southeast Missouri State University and St. Vincent’s Catholic Seminary and in food service until she retired in 1987.

After William’s death 1996, Malinda moved to St. Louis, MO to live with her daughter, Gladys and her husband, Felton Johnson.  In St. Louis, Malinda was a member of Trinity Mt. Carmel under the pastoral care of Rev. Charles M. Roach. In 2011, she moved to Urbandale, IA to live with her youngest daughter, Gretchen and her husband, Arnold Woods. She joined Faith  Missionary Baptist church under the pastoral care of Rev. Dale Terry. She attended noon day prayer at Union Baptist church with Deaconess Lois Hunt (deceased). Malinda attended Sunday school and Bible Study and participated in mission and Mother’s Board ministries until her health was such that church attendance was no longer possible. Momma was most known for her words of wisdom and her loving and gentle smile.

We will love you and miss you forever, Momma!

To order memorial trees or send flowers to the family in memory of Malinda L Haynes, please visit our flower store.
Send a Sympathy Card