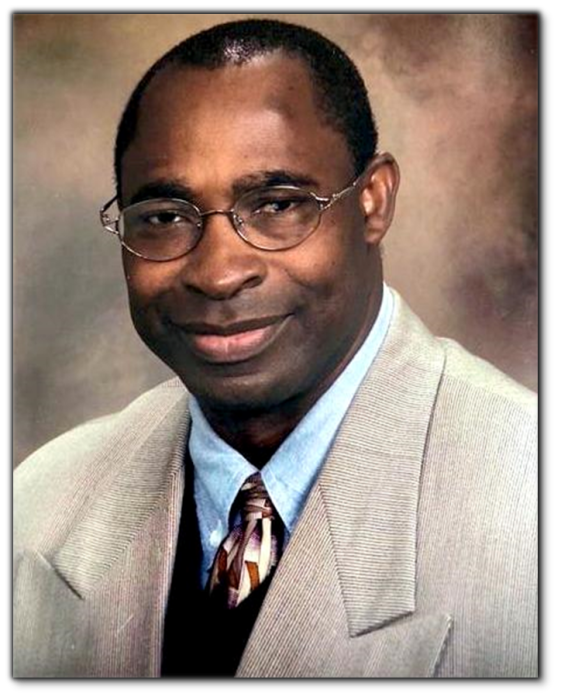 Kpoo Siedoma was born on the 9th day of June 1959 to late Elder Israel Siedoma Deekor and Madam Peninnah Nkaaga Siedom Deekor, Nee Namene, both of Barako Community, Gokana LGA, Rivers State, Nigeria.  He was the last child of the nine children in the family.

Kpoo Siedoma, under the care of his late eldest brother, Mr. C.N. Siedoma, variously attended primary school at State School Barako, State School 1, Bori, and the finaaly State School Oromenike, Diobu, Port Hartcourt from where he obtained his First School Leaving Certificate (FSLC) in 1973.  From 1974 to 1978 he was a student of St. Aquinas secondary school, Elele, Ikwerre LGA, Rivers State, Nigeria from were he obtained his West African School Certificate (WASC).  In 1980, he proceeded to the then Rivers State University of Science and Technology, Port Harcourt, Rivers State, Nigeria where he studied Estate Management.  He was awarded the degree of Bachelor of Technology, Estate Management in 1985.  Kpoo participated in the one-year compulsory National Youth Service Scheme (NYSC) in the 1985/1986 service year and was posted to Borno State.  He completed the service successfully.

Between 1987-1989, Kpoo worked on a number of private projects before joining a private estate firm in Port Harcourt.  He left the private firm in 1989 when he gained employment in the Federal Civil Service in the Ministry of Works and Housing as a Land Officer.  He was posted to the ministry’s office at Abeokuta, Ogun State where he rose to the position of Senior Land Officer.

When it was the turn of Kpoo to travel t the USA, he saw the need for a wife.  He got married to Queen Meeni-Bari-e Dpoo Siedoma, Nee Nyornwin Aakol.  The marriage was solemnized on July 2, 1999, in the Benin Republic.  Shortly after the solemnization of the marriage, Kpoo traveled to the USA on July 7, 1999, with the wife staying behind.  The wife joined him later in 2001.  After a period of waiting, the marriage was blessed with four children, one boy Kpealebari, and three girls, Nennibarini, Giorbari, and Favour.  The children loved him dearly, and they were dear to him and he was always there for them.  Indeed he was a loving and caring dad and husband.

Kpoo was born into a Methodist faith family.  In 1983 while in the university, Kpoo gave his life to Christ and went about preaching to fellow students, many of whom gave their lives to Christ.  His faith in God continued to grow.  Kpoo was a devout and committed member of the Methodist Church, D/Line, Port Harcourt, Rivers State, Nigeria.  He was deeply involved in evangelism through preaching and drama performances.  While at Abeokuta, Kpoo was a member of the Glory Time Bible Church and served in different arms of the church.  It appeared teaching of the word and drama ministry was his calling.  He headed the drama group of the church that won many souls through preaching and drama performances throughout the city of Abeokuta.  He continued to grow in the Christian faith.  He had his baptism immersion on May 12, 1990, at Glory Time Bible Church, Abeokuta.

At the UNHCR refugee camp in the Benin Republic, Kpoo belonged to the church in the exile, where he preached the word with power.  He was a very, active member and was a blessing to the many in the refugee camp.  Hardly would you come across Kpoo without him preaching the word to  you and giving words of encouragement.  Kpoo was a moral crusader and believed in justice for all.

Kpoo worked in the United States Postal Service (USPS) from 2005 until his death.  He was to retire from the USPS this year and go into full-time ministry.  With a burning desire to further his education, Kpoo went to the Des Moines Area Community College (DMACC) in the state of Iowa, where he obtained an Associate’s Degree in the arts in May 2012.  He proceeded to the University of Phoenix, Iowa campus, where he graduated with a Master’s degree in business administration in February 2014.  Kpoo with his family attended Ann Nation Assembly of God Church from 2002 to 2009.  They then moved to Cornerstone Family Church, where they worshipped until 2019.  While at Cornerstone Family Church, Kpoo and his family joined the Omega Fire Ministry online in 2016.  Kpoo was a strong lover of Apostle Johnson Suleman, the general overseer of the Omega Fire Ministry.  Kpoo attended the Omega Bible Institute and graduated with a diploma in Theology on November 22, 2018.

It was glorious and exciting moment for Kpoo and his family on December 8, 2019, as the call of God upon his life was fulfilled.  On that day, his ministry, Guiding Light Mission International was inaugurated.  However, he did not live to carry on the ministry.

Kpoo died on February 9, 2021, at Methodist Hospital.  His death is still a mystery and shocking as the sickness was sudden and brief.  According to the doctors, he died of liver failure.

Kpoo we miss you dearly, Naavo!

He is survived by: his wife and four children, five elderly brothers and sisters and a host of relations.

To order memorial trees or send flowers to the family in memory of Kpoo Siedoma, please visit our flower store.
Send a Sympathy Card