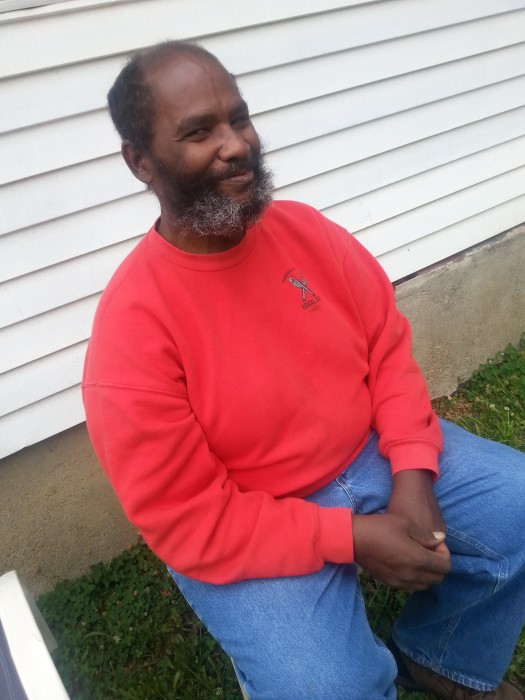 A committal service will be held at 12:30 pm on Friday, September 15, 2017, at the Iowa Veterans Cemetery. Please meet at the administration building for the procession to the shelter house. Directions to the cemetery are posted below.

Destination will be on the left

Kenneth Jr. was born on September 6, 1958 in Des Moines, Iowa to Kenneth N. McGregor, Sr. and Marjorie K. McGregor.  Ken Jr. served in the United States Navy and was stationed in Meridian, Mississippi. When Kenny came home from the military he continued working for his father’s business Ken’s Trash Removal Service until he became an over the road truck driver. He did that for over a decade until he started getting interested in the Mortuary sciences in which he was a student of the late John Estes Jr., and hung around Estes Funeral Home until they closed the Forest Avenue location. Ken Jr. then took up with the Shrine Circus and that was his passion for much of his later life until he got too sick to continue helping with the animals and entertaining the crowd. He was a jovial and gregarious guy that was loved by so many.

Kenny Jr. is survived by his wife, Tonya and their son Cletus. Brothers, Everett Ewing, Kevin, Robert Sr., Terry Sr., and Jermaine McGregor all of Des Moines, Iowa. Brothers-in-law, Harvey Ricks Sr., Antonio Ward, and Frankie Watson. Sisters, Anna Ricks, Lillie Ward, and Marjorie Watson of Des Moines, Iowa. Sister-in-law, Kimberly McGregor. Son, Kenneth III and daughter, Jocelyn Robinson. Grandchildren, LeAnton and Zephaniyah McGregor, Chaz, Chazlynn, and Angel Robinson. He had too many nephews and nieces, great-nephews and great-nieces to name, but he loved each one of them and they certainly loved him.

He was preceded in death by his parents and two brothers, James Ewing II., and George David Lee McGregor.

The family thanks the VA doctors and nurses for taking great care of Kenny Jr. over the past six years as he battled his many illnesses.

To order memorial trees or send flowers to the family in memory of Kenneth McGregor, Jr., please visit our flower store.
Send a Sympathy Card