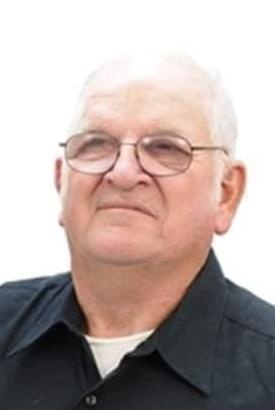 Kenneth Downing passed away on February, 19, 2018. A public visitation will be held at Henderson's Highland Park Funeral Home on Thursday, February 22, 2018, at 12:00 p.m. Funeral services will follow at 1:00 p.m. Internment will take place at Dalmanutha Cemetery, in Guthrie, Iowa, at a later date.

In lieu of flowers, donations can be made to the family to assist the family in the purchase of Kenneth's headstone.

Kenneth Eugene Downing was born to Glen and May (Sharon) Downing on January 15, 1944, in Adair, Iowa. He was raised and educated in the area, graduating from the Adair-Casey school system in 1962.

Following his formal education, Ken began working  as a production   worker. Later he would find his stride in construction, hauling debris. Kenny would also take on odd jobs as a handyman, until he purchased his first property. From there, Ken would own and manager properties for the next 45 years. It would be fair to say that Ken was always working.

During this time, Ken would spend 36 years with Carol Rapp. All the while, Ken would take on the role as Grandpa. His favorite times were when they would come around. They would often have cook-outs with the family and the neighbors.

Ken also loved NASCAR, especially when Jeff Gordon was on the track. He and Carol made special trips occasionally, including Bristol. Ken also enjoyed collecting antiques and attending auctions.

To order memorial trees or send flowers to the family in memory of Kenneth Downing, please visit our flower store.
Send a Sympathy Card