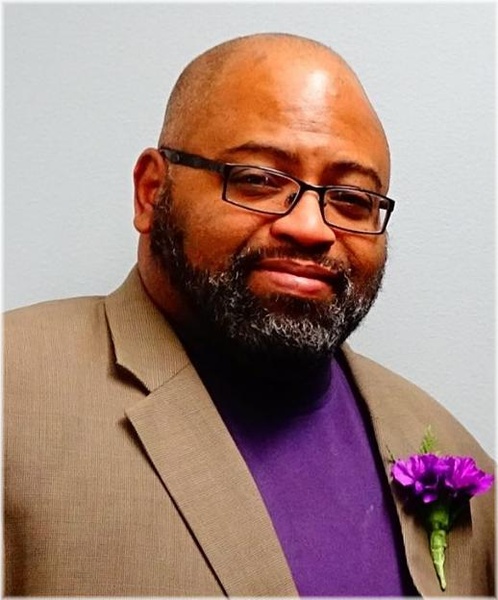 Jonathan was educated in the Des Moines Public School System. He attended Grant and Edmonds Elementary Schools; Callanan Junior High School, and Des Moines Technical High School where he graduated with honors, in the upper 3% of this class in 1981.  He also lettered in Tennis.

Jonathan continued his education at Regis Jesuit College in Colorado. While attending Regis he made the Dean’s list      several times and was a member of the boxing team.  He also joined the Air Force ROTC branch at the University of    Denver.

Jonathan met Dawn Tolefree during a meeting in Des Moines on Halloween of 1992, that ended with a slice of pie. This sparked a whirlwind courtship for a year and then marriage in November of 1993. With their marriage, Jonathan became a father to Johnce Tolefree, Integrity, and Perserverance Narcisse. He also became a loving grandfather of 9. Though the marriage ended in 2011, Jonathan and Dawn supported each other and co-parented together until death. Jonathan wanted the best for his family and ensured that it was possible always remaining close to all of them.

Jonathan’s career was driven by his entrepreneurial spirit.  Upon leaving college he became an ordained minister, was an intern in Washington D.C.; worked several odd jobs that led him to the newspaper business. Acquiring the Iowa Bystander, which led him to create The Communicator along with a couple of Spanish language publications and a number of smaller local publications spanning 30 plus years. During this time he also ran for the Des Moines City Council, served on  the Des Moines School Board, and was the first Black in the history of the state of Iowa to run on the ballot for Governor - twice. He supported many candidates running for various political offices in the state of   Iowa and started a third party - The Iowa Party.  As if that was not enough, Jonathan hosted a radio program “The Wake Up Show” on KUCB.  A program that alerted listeners to what was going on in the community and gave a voice to many in the Black community.

Jonathan was an avid chess player.  He was introduced to the game by his brother Fred; playing for 50 cents a game loosing many times in the beginning. Over the years his skills improved.  One of Jonathon’s proudest chess            accomplishments occurred in the year 1976, when he was 12 years old.  He was victorious over his brother Fred 70 consecutive games. Jonathan went on to compete in many local and state competitions and was even a state        champion.

Jonathan used the precepts of chess in many other aspects of his life. From golf, baseball, wrestling, dancing, basketball, coaching and bowling. If it was a sport, he played it or appreciated it. Some of his other hobbies included board games, fantasy sports, watching and participating in political debates and cultivating political action plans alongside other community activists.  Jonathan was a unique individual with a brilliant mind.  This combination made him a lightening rod for controversial issues.  But he NEVER ran from a debate.

To order memorial trees or send flowers to the family in memory of Jonathan R Narcisse, please visit our flower store.
Send a Sympathy Card