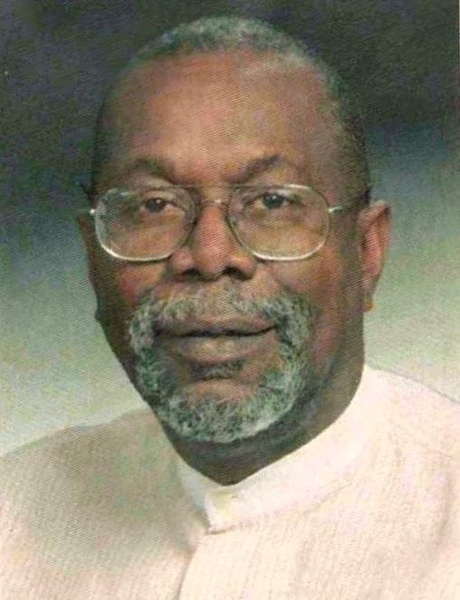 John Henry Henderson was born March 27, 1948 in Sioux City, IA to  Lona Mae Shelton and Henry Eleby. He was raised from a young age by his mother and step father, Walter Henderson, Sr.  The family relocated first to South Sioux City, Nebraska and then to Des Moines, Iowa.

John received his primary education in Des Moines and graduated from Des Moines Tech High School in 1967. After graduation he enlisted in the United States Army and was sent overseas to Germany for duty. He served from 1968 to 1974. His honorable discharge brought him back to the Des Moines area where he owned and operated a tailor shop.  He also operated A-1 Detailing on weekends and holidays with his sons, Mark and John, Jr. assisting.

John was a master tailor with a keen eye for fashion and design. He held several fashion shows which featured his designs. He even made dresses and quilts for his grandmother. John also sewed  his beloved wife’s wedding dress. When John wasn’t sewing he was a huge advocate for human rights. John, Cissy Cheatom and Evelyn Davis were all major players in the   civil, women’s, voting, reproductive and low income housing rights activities in Des Moines.  John was also very active in church. He and his siblings sang at St. John’s Baptist church and Shiloh Baptist Church throughout their youth, with mom playing the piano for them.  John rededicated his life to Christ in 1984, and was baptized with his children at New Bethany Church of God in Christ under the leadership of Pastor A. E. Johnson, Sr. After joining the church he served as janitor, usher, deacon, armor bearer and eventually minister.

In 1977, love bloomed for John when he met Shirley Banks at his sister, Joann’s house. He  pursued her until she agreed to marry him  on Valentines Day, 1974.  Together they raised 7 children. John and Shirly moved their young family to California where he believed God had a divine plan for his life. He was blessed to find work at the VA Hospital in Long Beach, CA. He worked his way up from orderly to timekeeper. John always took pride in his work and was the recipient of numerous awards, including the prestigious Helping Hands Award.  He retired in 2018 after 34 years of service.

Sadly, the love of his life preceded him in death  on November 1, 2020. They were  together 45 years.  John’s parents passed away when he was young, so John’s grandmother, Susie “Big Mama” Shelton and aunt, Alice Morris helped to raise the family.  They too, have passed away; as did one of the children, Robbie Banks, and his brothers, Thomas and Joseph Henderson.

To order memorial trees or send flowers to the family in memory of John H. Henderson, please visit our flower store.
Send a Sympathy Card