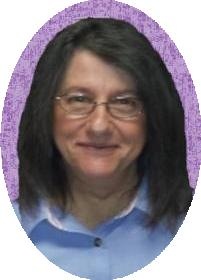 At a young age Joan developed a strong work ethic and chose the Frost Tip Drive-In to as her first job.  Along life’s journey, Joan met a young man named Merlin Moon.  The two dated from sometime and one day at the ol’ Frost Tip, Merlin proposed to Joan and she accepted.  They married shortly after on March 17, 1956 and shared over 64 years together.  The couple was blessed with four children:  Debbie, Steve, Dennis and Ellie.

Soon after Joan became a homemaker, tending to the needs of her growing family.  And boy did she run a tight ship.  Her children remember her strict approach to parenting and her opinionated views about the world.  In between her wife and mother duties, she found time for herself to watch her favorite game shows, especially Wheel of Fortune.  Joan also enjoyed watching Chicago Cubs and Minnesota Vikings games from time to time.  Above all, Joan loved spending time with her grandchildren whenever she could.

Joan passed away on September 5, 2020.  She was preceded in death by her parents and two brothers, Phil Peddycoart and Michael Peddycoart.

To order memorial trees or send flowers to the family in memory of Joan C. Moon, please visit our flower store.
Send a Sympathy Card