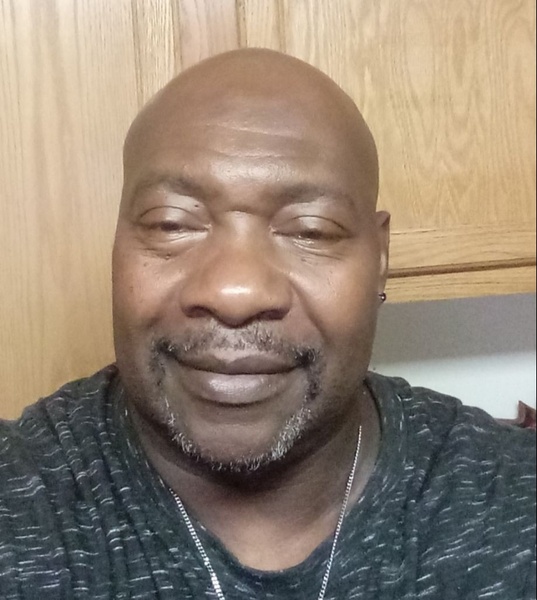 Jesse Edward Heard was born in Des Moines, Iowa on February 9, 1961. Jesse was educated in the Des Moines public school system where he graduated from Des Moines Technical High School. He furthered his education by attending Sioux Empire College in Sioux City, Iowa. and 2 years in Hawarden, Iowa on a basketball scholarship.

Jesse was a child of God. He was raised up at Evangelistic Church of God in Christ under Elder Fountain and recently expressed a continued hope in Jesus to his cousin, Deacon Bradley. Jesse was employed by Lutheran Hospital for many years as a Housekeeper. Everybody knew Jesse.

Jesse enjoyed basketball and football. He loved watching the San Francisco 49’ers and the Golden State Warriors run the court. He liked watching old western movies and listening to rap music. Jesse was also a great singer. He liked going fishing with his brother, but his favorite thing to do was hanging out with his friends and family.

On December 27th, 2021 the “Broken Chain” added another link when Jesse completed his earthly journey. His parents Jack and Mina Heard and his brothers, Donnell and Jack Heard, Jr. and James Bradley had already preceded him.

Jesse leaves behind to mourn his passing, his wife, Betty (Kline) Heard; his children, Jesse, Melissa, Anthony, Justin and Jacksen; his step children, Jeffrey, Kristina, Joshua and Alexander; his sister, Annette Heard and brother, Samuel Heard; 23 grandchildren and a great grandchild along with extended family and friends.

To order memorial trees or send flowers to the family in memory of Jesse Edward Heard, please visit our flower store.
Send a Sympathy Card

All attendees must wear masks.