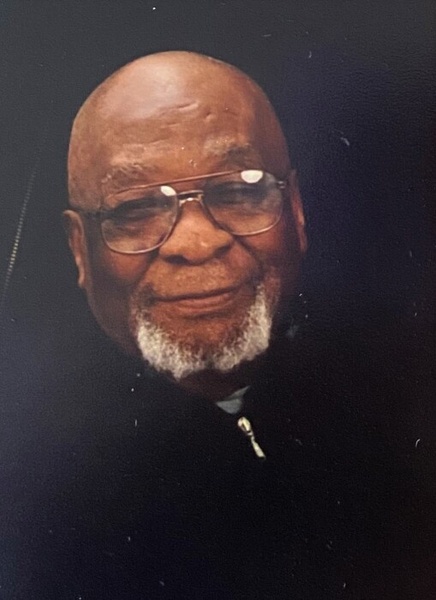 James Maddox, Sr. passed away April 2, 2021 in Des Moines, Iowa. Funeral services will be held by Rahman Funeral Home in Detroit, Michigan at a later date.

Mr. James Maddox, Sr. was born on September 9, 1925 to the union of William and Dorothy Maddox . He was one of eleven children. Tragically, James lost his parents at the age of five. One of his older sisters, Ida Mae, was a mother figure to him. She helped to raise him until he put his age up and joined the Army at age 16.

James was honorably discharged from  service and returned home to Columbus, Ga. He married his wife, Ella Mae (Banks) Maddox and the young couple moved to Detroit, Michigan in 1947. He found employment with the Ford Motor Company as a tool chaser; and would work there for 37 years.

James was a real family man. He and Ella had three children,  James, Jr., Bernice and Danny Boy. He also had two other daughters, Milto and Pula. He was a stern but loving man to his family. He didn’t play favorites, but loved them all equally. He also loved the ones that infiltrated his household when they married into the family.

James loved travelling, watching baseball and being with family. Most of the family that moved from Georgia with him have all passed away, but there were still enough to have a good time. James III, Johnnie Mae Howard and Reed Turner all remember the old stories and family good times.

Preceding James in death are his loving wife, Ella Maddox; his parents, William and Dorothy Maddox, daughters, Pula and Bernice; grandbaby, Reagan Maddox and all but one of his siblings, Louise, William Jr. (Bill), Henry Homer, Bond Andrews, Ida Mae, Ruthie Lee, Richard Lee, Kitty, Pee Wee and Rufus will meet him on the other side.

Left to cherish James’ memory and life lessons are a host of grandchildren, great  grandchildren, nieces, nephews, in-laws and friends. Big J, we will always  love you and miss you, but we will see you on the other side.

To order memorial trees or send flowers to the family in memory of James Maddox, Sr., please visit our flower store.
Send a Sympathy Card