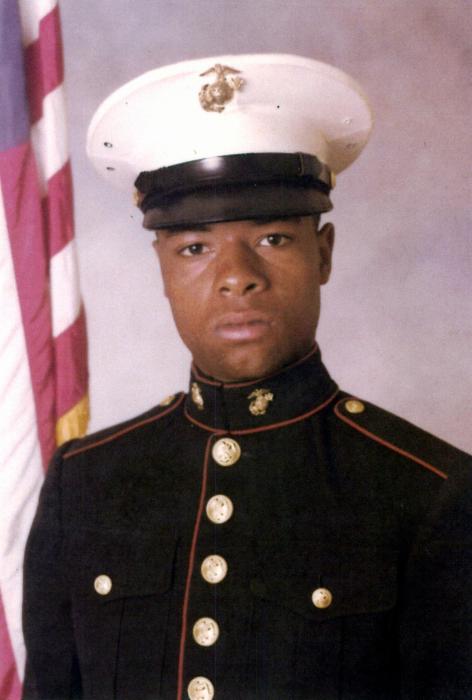 Ivan Henry Thomas Carter was born May 9, 1955 in Des Moines, Iowa. He is the son of the late Walter Carter Sr. and Willetta Bibbs Carter.

As a young child, Ivan’s father had many friends that would challenge Ivan to a game of checkers and they were amazed at how he would beat them every time. He was very smart and made the honor roll many times in school.

As he grew into his teenage years, his cousin Clinton (Big Al) Roland gave him a job at Roland’s Clean Car Service. He also worked at Noah’s Ark Restaurant.

In 1975, Ivan felt like his parents were struggling to make ends meet with three other siblings in the house. He enlisted in the United States Marine Corp and became a light machine operator. He also received a Sharpshooter Badge. In 1977, he received an honorable discharge and spent several years living in Denver, Colorado, where he was married for a short time.

Around 1992, he returned to Des Moines, where he bought a home and spent the remainder of his life.

Ivan loved family get-togethers, fishing and riding his motorcycle  with his brothers and nephews. He loved debating with his sisters and nieces about the roles of men and women. But he was very proud that he got to spend some time caring for his  elderly mother before she passed.

In 1993, Ivan wanted to develop a closer relationship with the Lord.

He was baptized and became a member of the Philadelphia Seventh Day Adventist Church.

On the evening of June 6, 2018, Ivan made his last ride; and with his final salute, he returned the breath of life back to the Lord.

To order memorial trees or send flowers to the family in memory of Ivan Henry Thomas Carter, please visit our flower store.
Send a Sympathy Card