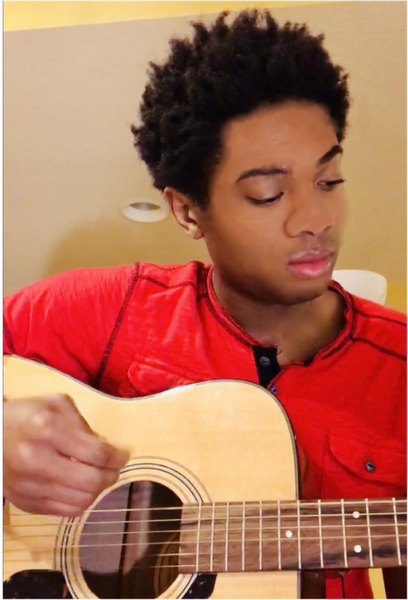 Hezekiah Josiah Smith was born September 9, 1993 in Lincoln, Nebraska to  Joseph Smith and Shar’on Denise (Jones) Jackson. The family relocated to  Urbandale and Hezekiah graduated from Johnston High School. While in high school he ran track. He was attending DMACC with hopes of being a Music major.

Hezekiah  was sensitive and creative. As a street performer he played the guitar and sang for a living. He wrote songs, performed in comedic videos. and was an avid anime fan.

Hezekiah was a member of Christ Apostolic Temple where he served as a junior usher and was on the senior sick and shut -in visitation committee.  He loved helping his mother on visits to the nursing homes where he would rub the residents feet.

It was just a short time ago that he and Ashlee Erickson were married. He was the very proud father to his son, Levi.

And then he was gone...Gone too soon in a tragic accident on June 10, 2019. He was only 25 years old when God called him home. Waiting to welcome him home were his maternal grandparents, James and Dollie Ruth Jones; paternal grandfather, Clarence Smith’ step father, Andra Jackson; paternal aunt and uncle, Carlene and David Smith.

To order memorial trees or send flowers to the family in memory of Hezekiah Josiah Smith, please visit our flower store.
Send a Sympathy Card