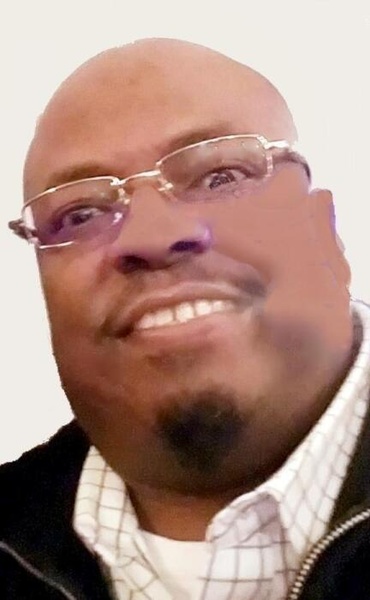 Henry Earl Drake Sr. was born October 24, 1972  to Earl Henry Drake & Birdie Mae (Bradley)  Drake, in Des Moines, IA.  Earl and Birdie raised Henry in the church.  As a young child he professed Jesus Christ has his Savior and was baptized.  As an adult, he joined Evangelistic Missionary Church of God in Christ.  He received his formal education at Hoover High School and was a member of the 1990 graduating class.  Earl went on to continue his education at North Iowa College.  He was a Criminal Justice major and a member of the football team.

Earl worked several jobs throughout his life but spent the majority of his career at Firestone and the Des Moines Public School District as a bus associate.

Along life’s journey Earl met Lainda Gines.  After courting the two were joined in matrimony  on August 18, 2001.  Between them they were blessed with six children: Earlexus, Marcia, Henry Jr., Mark, Mike and Mikel.  He also helped to raise two of his grandchildren, Jazlynn and A’loyal.  Earl and Lainda shared life and love together for over 26 years.

Earl loved everything football.  He was a DIE HARD Oakland Raiders fan and enjoyed watching games every week.   Once Henry Jr. was old enough, Earl introduced him to the game and was his little league coach.  Earl was also a fan of the Chicago Cubs and Serena Williams was his girlfriend. His other pass times included playing chess, tonk and traveling. He was also a regular player in his Tuesday night pool league, until his health failed.

On October 21, 2020 Earl was called from time into eternity. Awaiting his arrival on the other side were his parents, Earl and Birdie Drake; sisters, Adrianna Love and Kay Murray; his grandparents; aunts, Betty Fountain, Pearl Cooper, Allean Spencer and Lucille Williams who was also his godmother; mother-in-law, Ruby Franklin; brother-in-law, Steve Craddock; brotherhood friends, Tony and his loyal companion, Paco.

Earl’s presence will be deeply missed by his family, friends and all who knew him.

All donations should be made payable to his wife Linda Drake at the following location: 1112 E 8th St Des Moines IA 50316

To order memorial trees or send flowers to the family in memory of Henry Earl Drake, Sr., please visit our flower store.
Send a Sympathy Card