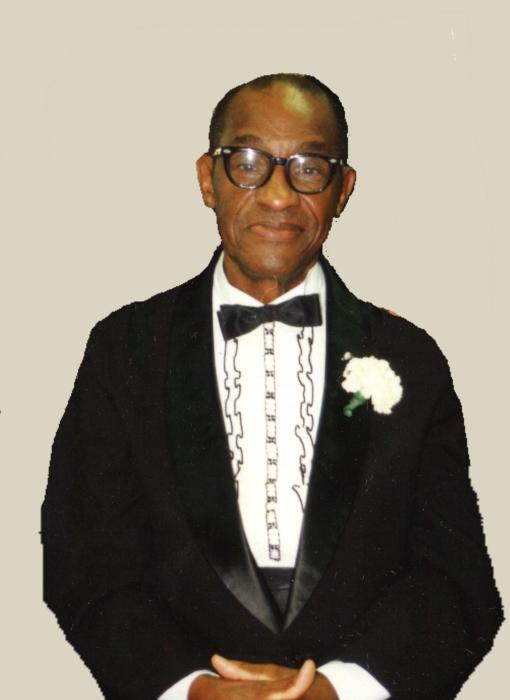 Harry J. Taylor was born October 24, 1920, in Centerville, Iowa; the son of Theodore and Anna Elizabeth (Harris) Taylor. Harry was a graduate of East High School. Harry was a First     Sergeant of his company while stationed in the Army Air Force during World War II.  During his civilian employment with the Veterans Administration, he became the Chief of the Property Management Section and was the first African American elected to the Veterans Administration Credit Union Board of Directors. He was also an employee of Iowa-Des Moines Supply Company for over 45 years.

On June 11, 1943, Harry was united in marriage to Dorothy L. Bush, and they celebrated 68 years together before her passing in 2011. Three children were born to this union: Michael Dennis and twins, Beverly Ann and Barbara Ann. God has since blessed them with two grandchildren, Jimmie (Andre) and Janaé.

Harry was a member of the North Star Lodge #2 Free and Accepted Masons P.H.A. for over 50 years. Along his masonic journey Harry was elevated to a 32nd Degree Mason and was a long time member of William Frank Powell Consistory #46.  Harry was also a lifelong  member of  Bethel A.M.E. Church where he served as a Trustee and on the finance committee. Making sure the church had ample kitchen/restroom supplies and a well-groom lawn was a high priority for him.

Harry enjoyed sports and was an avid hunter and fisherman. He loved spending time outdoors with his brother, Jesse. Perhaps his most cherished quote was one of President Theodore Roosevelt: “Walk softly and carry a big stick.”

Our beloved father, brother, uncle, grandfather and friend, Harry J. Taylor passed peacefully on to his resting place with the Lord on September 13, 2018 at the age of 97.  He was predeceased by his wife, Dorothy L. Taylor; father, Theodore Taylor; mother, Anna Bradley and brothers, Jesse, Theodore and Marvin Taylor.

To order memorial trees or send flowers to the family in memory of Harry Junior Taylor, please visit our flower store.
Send a Sympathy Card