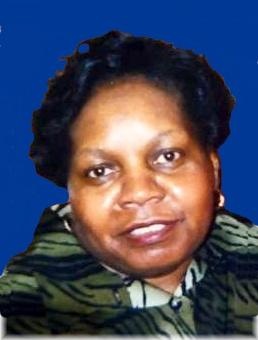 Gloria Dean White was born to Benjamin White and Lola Mae  (Marsalles)  White on November 9, 1949, in Holly Knowles, Mississippi.  She was raised and educated in the area, graduating from East High. Later in life, she would continue her education at Des Moines Area Community College where she would receive her Associates degree.

Following her primary education Gloria worked as a nanny in     Memphis, Tennessee, and after moving to Des Moines she  worked as a mail sorter for Reese Associates.

On March 12, 1983, Edward Carl Dudley and Gloria Dean White were united in marriage in Des Moines, Iowa. Together, the two would make their home in Des Moines to raise their family. In July of 1985, Edward passed away.

Gloria was a member of Mt. Olive, under the leadership of Rev. Fields. She was also a member of Mt. Hebron. She enjoyed playing spades, reading books and working puzzles. She was a fantastic cook and always had a full meal on the table; her chicken and dressing, potatoes and spaghetti  were always a hit. She loved watching old westerns and was known as the neighborhood mom. She had  adopted children and grandchildren from Memphis to Des Moines. While she was a fair mom, she would correct you if you were wrong!

*CDC guidelines will be followed with masks required for individuals who have not been fully vaccinated.  Social Distancing will be strongly encouraged.

To order memorial trees or send flowers to the family in memory of Gloria Dudley, please visit our flower store.
Send a Sympathy Card