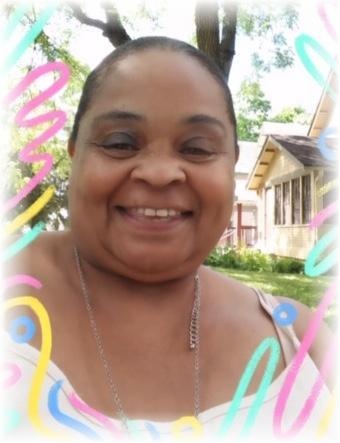 Ginnette Mann-Rutherford passed away on November 12, 2020.  Visitation will be held today from 10 am to noon at True Bible Baptist Church. Celebration of Life Services will be held immediately following.

Ms. Ginnette Mann Rutherford was born on March 4, 1955 in Jackson, TN to the late Samuel and Betty Jean Comer Rutherford. She was the third of eleven children and was born one hour apart from her twin sister, Linnette.

Ginnette was a 1973 graduate of Jackson Central Merry High School in Jackson, TN. Following high school, she and two of her friends were the first people hired at Sonoco Products, a consumer packaging company. Later she worked for a cookie company. While in Jackson, Ginnette married Floyd Jack Mann. After spending several years there, they decided to relocate to Des Moines, IA to seek better employment opportunities. Ginnette found work in the administrative/clerical field and shared her talents at various companies.

Ginnette attended Morning Star Baptist Church in Des Moines where she served on the Usher’s Ministry. While worshipping at Restoration Ministries, she was a Church Mother and later in life found herself giving of her time and talents to Kingdom Connection Outreach Ministries assisting them in coordinating various outreach activities.

It is often said that there is a special bond between grandparents and grandchildren. Ginnette could attest to that as she loved being a grandmother. All her grandchildren and great grandchildren were special to her. The memories they have made together will be some of the fondest. Ginnette battled asthma all her life and did not allow the condition to control her everyday life and normal activities. Listening to gospel music and listening to the rain were favorites of hers. She loved to travel back home to Jackson, TN to visit family and friends, but also to eat where she thought was the best barbeque place ever - C&L. She (and Jack) would often ask their TN family to ship them some barbeque to Des Moines.

To order memorial trees or send flowers to the family in memory of Ginnette Mann-Rutherford, please visit our flower store.
Send a Sympathy Card