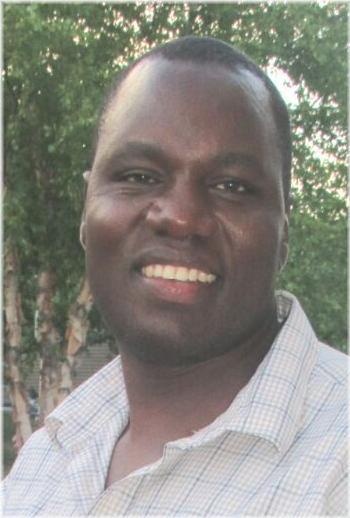 Gilbert K. Birech  was born November 11, 1977 in Kipsangui, Uasin Gishu County, Kenya to Musa Kolil Ng’elechei and the late Rose Ng’elechei. He was one of 10 children born to that union. Gilbert was married to Eddah Birech and they resided  together in Des Moines, IA.  They have 3 children currently living in Kenya. In the US ,Gilbert had 3 siblings, 3 in-laws and 11 nieces and nephews.

Gilbert was raised in Segero and went to Kapng’etuny Primary School and Kipsangui High School before he joined Moi University briefly, for an undergraduate program before coming to the US to pursue his education further. In the US, he started his college education at Southeast Missouri State University in 2000 for a Pre-Med program before transferring to DMACC in Iowa. Gilbert graduated with an Associate Degree in Nursing in 2006. He went to  on to Upper Iowa University for his BSN degree, and graduated in 2009 with honors.

He started his career in Health Care in 2005 at Iowa Life Center as an LNP providing nursing care for residents in a long-term care facility.  In 2006, he started working at Iowa Lutheran Hospital as an RN in the telemetry unit where he planned and directed nursing care for patients with cardiovascular diseases. In 2010, he moved to the Critical Intensive Care Unit where he planned and directed care for critically ill patients. From 2015 until his demise, he was working at Unity Point, Methodist Hospital in Critical Cardiac Care nursing.

Gilbert’s passion for a career in healthcare was shaped by three major things; first was a tragic event in his life. He was thirteen years old when he was hospitalized for nine months for third degree burns sustained from a kerosene lamp explosion. He was admitted to a district hospital in Kenya where he was touched by the compassion and care provided by   nurses and doctors treating him. Secondly, as a patient he started reading a weekly column in a Kenyan newspaper      titled, ‘A surgeon’s Diary’, written by Dr. Yusuf Dawood. Dr. Dawood’s description of the surgeries he performed         heightened his interest in health care. Finally, his passion for a career in healthcare was shaped by a book gifted to him by his brother, titled ‘THINK BIG; Unleashing your potential for excellence’, by Dr. Ben Carson. Dr. Carson’s personal experiences and his accomplishments inspired him even further in this field. Gilbert loved and excelled as a clinical nurse practitioner and aspired to be a nurse anesthetist.

Gilbert had a passion for his family, friends and community.  Gilbert loved his spouse and they spent wonderful vacation time together. Their memorable moments include a vacation visit to Minneapolis, Minnesota and to Kansas City. They loved to look for new areas to eat within the city and other towns. Gilbert loved to grill outside. This is where he introduced his friends and neighbors to his famous ‘nyama choma’ barbecue grills and ‘zilizopendwa (Bongo) music. He regularly listened to his collection of R&B music and enjoyed driving around the farmlands of Iowa and visiting the parks. Gilbert loved calling and visiting with his children in Kenya. He loved his family so much that he always went out of his way to   ensure that his family was safe and in good health. Gilbert shared his time with family and friends, helping out as much as he could, visiting with his parents, and interacting with his brothers and sisters and his nephews and nieces, frequently.

Sports were Gilbert’s entertainment passion. He often watched professional soccer games, college football and athletic events. He liked to watch the Olympic games and World Cup soccer. He read empowering books and newspaper articles and would often jot down notes on enlightening words. Gilbert liked to read spiritual books and  found refuge reading his bible when he had some alone time. He learned about new ideas and places and would find time to read stories of  other countries, communities or geographic locations. He belonged to several professional committees such as Evidence-Based Practice at Iowa Health-Des Moines and ICU Go Mobility at Iowa Health-Des Moines.

Though it seems Gilberts life ended abruptly, his life was full of passion to strive for the best in his career, family life and interests. Gilbert was called to heaven early but the indelible imprint he left on our lives is sufficient for us to carry his memory in our hearts and thoughts through infinite time.

To order memorial trees or send flowers to the family in memory of Gilbert Birech, please visit our flower store.
Send a Sympathy Card