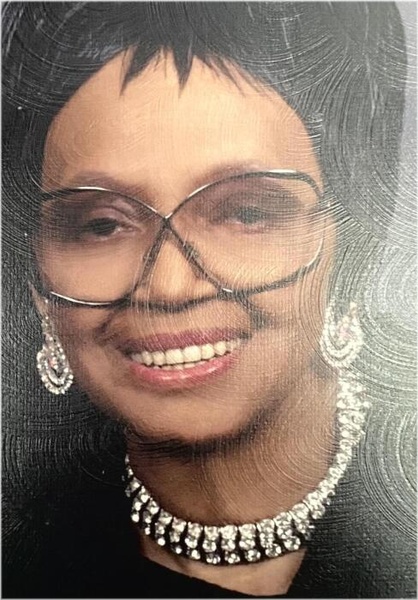 Evelyn attended school in Brunswik, MO and later studied at Western Baptist Seminary College. Evelyn received her BA degree from Drake University in Education. After receiving her degree, she became a teacher. She taught for over thirty-two years. Evelyn retired from the Des Moines Public School District. It wasn't uncommon for students or parents to see her and share how she impacted their lives. She was known as a teacher who cared.

While walking on campus at Western Baptist Seminary in Kansas City, MO, she heard a young man asked who is that sweet dandelion and she said who is that fool? His name was Henry Isaiah Thomas. They fell in love and got married on June 17, 1955. They were blessed to have two beautiful daughters; Diedra and Renee. Henry became the pastor of Union Baptist Church.

The church not only got a great pastor but was blessed with a First Lady who played the piano and had a gift to teach. Mrs. Thomas was they Minister of Music, formed the H.I. Thomas Singers, the Angel Choir, and taught the Beginner Nursey Class. Mrs. Thomas assisted her husband with growing they church and later became involved in Central District Association, Central District Congress of Christian Education the State and National Baptist Convention. She held several offices including the President and Treasurer of the Central District Women Auxiliary Department. Mrs. Thomas was the Black Ministerial Alliance Minister of Music for the Dr. Martin Luther King Celebration. Music Coordinator of the McCeil Clinton Scholarship Musical Concert.

Mrs. Thomas was a trailblazer and warrior for Christ. She believed that women had a place in delivering God's word and that they should be respected and hear so she started under the anointing God, the Central District Women's Revival.

Mrs. Thomas loved her family and was the organizer of many family events. She will be remembered for her love of people, cooking, beautiful yard, fishing enthusiast, and the ultimate fashionista. Mrs. Thomas enjoyed traveling, especially to attend the National Baptist Convention wit her dear friends, Rev. Alex and Evonne Crawford and their children. They traveled across the United States together.

*CDC guidelines will be followed with masks required during the Visitation and Homegoing Services.  Social Distancing will strongly be encouraged, but not required.

Click to download / open
To order memorial trees or send flowers to the family in memory of First Lady Evelyn Thomas, please visit our flower store.
Send a Sympathy Card