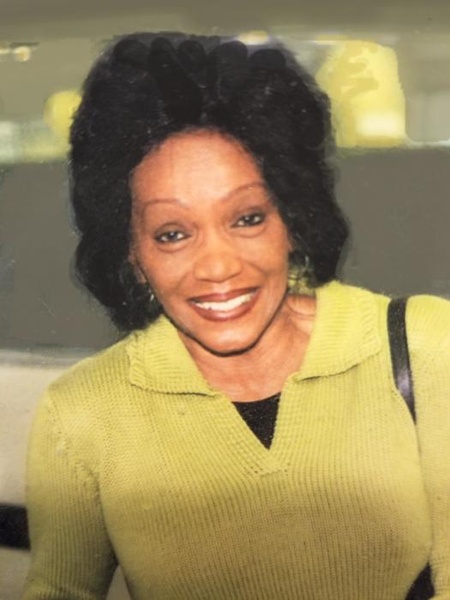 Celebration of Life services for Dorothy Colette (Cason) Woods will be held at 4 pm Thursday, August 29th, 2019 at New Beginnings Family Church (under the care of Elpis Christian Fellowship).

The oldest daughter of 17 children, Dorothy Colette Cason was born to Udell and Margaret Cason on January 9, 1943 in Glasgow, Missouri.

Moving to Des Moines at an early age, Dorothy was educated in the Des Moines Public School System. She was employed by several organizations throughout the years; retiring as a clerical worker with Nationwide Insurance Company.

During Dorothy’s retirement, she was pretty laid back, spending lots of time with her daughter, Tanya and granddaughter, Mikayla, on countless calls, hours upon hours talking about current events, makeup (the latest colors, liners, contouring tips), and the overwhelming love she felt for her family. Dorothy also spoke about her concerns on how things were transpiring in the world, always in tune with current events.  She worried about the hate and decisiveness in the world and these conversations would quickly become heavy. However in true Madear fashion, to lighten the mood, she would make a joke; and laugh so hard at her own joke, the conversation would swiftly move on.

Every day she would express her gratitude of God’s love for her and the day He blessed her with….she knew she was blessed.

Dorothy was also a lover of people. She was always willing to strike up a casual conversation with passersby at the grocery store. All conversations gravitated to her children and grandchildren. Being the designated babysitter of all three grandchildren at some point; she fondly spoke of them all. She loved telling stories of how the older two would pick on the baby daily; the story always made her giggle.

Dorothy was an avid reader from childhood into her retirement. She often stated, “the stories she read allowed her to visit other places and times.” A true “lover of books”, reading was a form of self-care and personal refuge; allowing Dorothy to experience the journey of others. Through reading, Dorothy lived a thousand lives. She became a true advocate for the individuals in the stories bringing their voices to life; if they only knew!!!

In addition to spending time with her children and grandchildren she loved listening to the musical hits of Motown. She would often reminisce about the entertainment venues on the old Center Street and share  stories of Motown Artists that entertained there.

Dorothy is preceded in death by her father, Udell Sr.; mother, Margaret and brothers, Carl and Burdell and son-in-law, Bryan Waterhouse.

“While Dorothy didn’t travel and see many places, her wish was to see the blue water or the ocean”! Momma/Madear, we will make sure of that - together. We love you!!!

To order memorial trees or send flowers to the family in memory of Dorothy C Woods, please visit our flower store.
Send a Sympathy Card