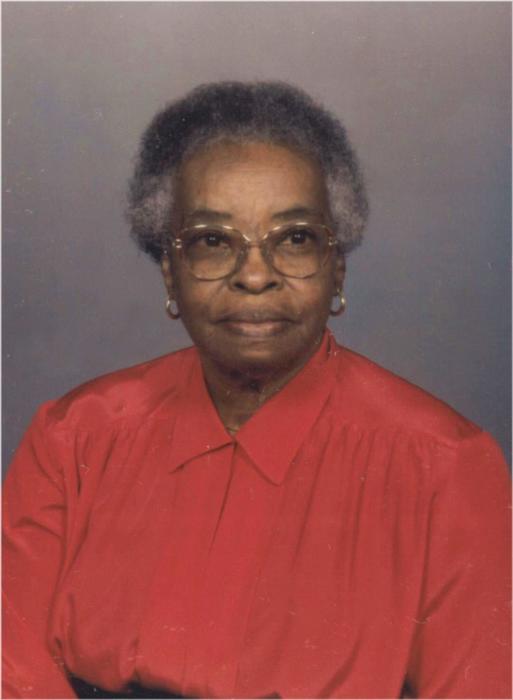 Doretha (Johnson) Devine was born May 1, 1920 in Halley, Arkansas to Stanope and Leona (Vickers) Johnson. Doretha completed the 12th grade in Halley.

Doretha did daywork and cared for her elderly parents until their passing. She lived in El Paso, Texas for about 42 years.

Doretha fell in love with a handsome soldier named Freddie Devine. They were married in Little Rock, Arkansas.  Doretha and Freddie  had two daughters, Lovella  L. Brown and Ida Mims. Sadly Freddie and Lovella would precede Doretha in death.

Doretha helped to raise her grandchildren. She would drive up North to get them during the summer where they spent a lot of time with their grandparents on the farm. It was hard work, but they ate fresh food and spent a lot of time out doors. “Mother Dear” would send the grandchildren boxes of clothing for school and  holidays. She was a great cook and the grandchildren loved her tea cakes. “Mother Dear” was a strict disciplinarian who could get you with a look or a stern reprimand.

Doretha confessed her hope in a risen Christ at an early age. She was a long time member of Unity Missionary Baptist Church. She considered church work a duty and a privilege. She served as an usher and Secretary of the Mission Society; Treasurer of several auxiliaries she would help whenever and wherever she was needed.

Doretha went home to be with the Lord on June 26, 2017 at the age of 97. She was preceded in death by her husband, Freddie; daughter, Lovella Brown; her parents, Stanope and Leona Johnson; siblings, Juanita Lloyd, Blanchard Johnson and Lavelle Johnson.

Funeral services for Doretha will be held on Friday, July7, 2017 at the Unity Missionary Baptist Church in El Paso, TX. She will be laid to rest with her husband, Freddie at the National Cemetery in Ft. Bliss, TX. Sunset Funeral Home is in charge of services in Texas.

To order memorial trees or send flowers to the family in memory of Doretha Devine, please visit our flower store.
Send a Sympathy Card