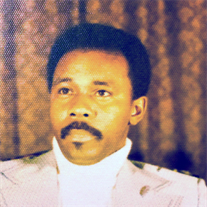 Donald Eugene Tate Sr, was born September 28, 1942 to Clifford and Lillie Mae Tate in Canton, Missouri.
Donald worked as a pressman for many years. He was an avid bowler (who enjoyed a good tournament), golfer and fisherman. If he wasn't doing any of those activities he liked to stay home and spend time with his family and friends. He was also a car lover, always having the nice cars and loved to dress nice as well.
Donald is preceded in death by his father, Clifford Tate; sister, Evelyn Morgan, and brother-in-law Zack E. Hamlett III.
He is survived by his six children: Donald Tate II (Tamara), Brian H. Tate (Jill), Timothy A. Tate, Gary L. Tate (Yolanda), Kel-Leigh Tate (Brandon) and Damien Tate (Maddie). His mother, Lillie Mae Tate; sister, Eleanora E. Tate, his nine grandchildren, four great grandchildren, two nieces: Elizabeth Bruce and Gretchen Tate and many other relatives and loving friends.

To order memorial trees or send flowers to the family in memory of Donald Eugene Tate, Sr, please visit our flower store.
Send a Sympathy Card