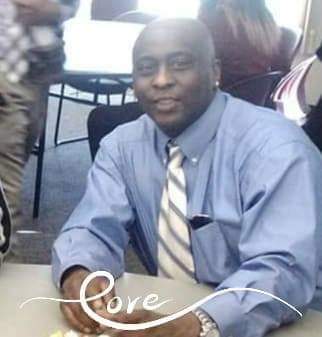 He Graduated from East High School(Trojans) in Waterloo, Ia. He received his welding certificate from Hawkeye Community College and also his CNA designation. He attended Ellsworth Community College. He was formerly employed at John Deere, Country View, IBP, Goodyear( DesMoines) and various other jobs. On August 7th, 1999 he married Nicole Braniff and from this union he was blessed with a son Devon Jones, they later divorced.

DeShawn was a unique individual. (A character) Not only a brother, dad, uncle, nephew, cousin, teammate and new Grandfather. He loved to play softball, to entertain and he loved his family and friends. Most importantly he loved his kids, Alexis, Treyshawn, Devon and his grandson Tritan by Alexis and Tyler. His smile and wit would electrify a room, a moment and a memory that people would never forget. Before he passed, he got to spend some precious moments with his sons Treyshawn and Devon at Thanksgiving. He just recently spent time with his daughter Alexis and first grandson Tritan.

DeShawn was proceeded in death by his parents Wille Sr and Julia M Jones.

To order memorial trees or send flowers to the family in memory of DeShawn Jones, please visit our flower store.
Send a Sympathy Card