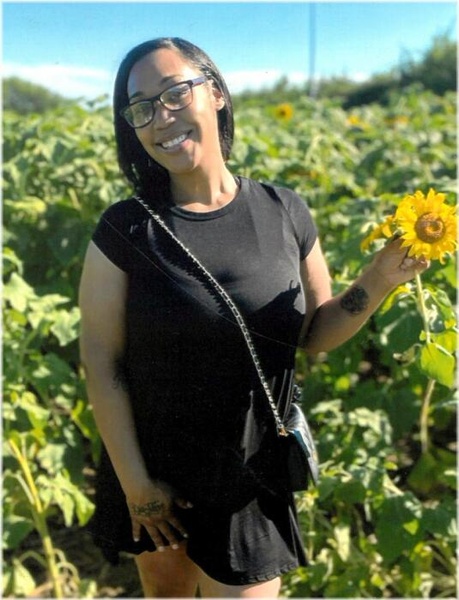 Dè Shalonda (DeDe) Alyce Balliet was called home to be with her Lord on February 18, 2021, after fighting a very courageous six month battle from two very rare auto-immune disorders.

DeDe was born August 8th, 1990, to parents Elizabeth Balliet and Billy Wayne Evans. She spent her early childhood in Des Moines, Iowa, until October 2004 when her family moved to Houston, Texas, where she lived until August, 2011.

Upon returning, to Des Moines, she became a CNA where she enjoyed showing compassion and love to her many patients.

DeDe enjoyed living her life to the fullest. She enjoyed taking her two children swimming, taking long walks, reading, writing and spending lots of time with her family and friends.

DeDe Was preceded in death by her great-great grandmother, great-grandmother, grandparents, two great aunts, an aunt and and uncle.

DeDe will be greatly missed by her family, her friends and the many people that had the privilege to know her.  A celebration of DeDe’s going home and life will be held at a later date.

To order memorial trees or send flowers to the family in memory of DeShalonda Alyce Balliet, please visit our flower store.
Send a Sympathy Card