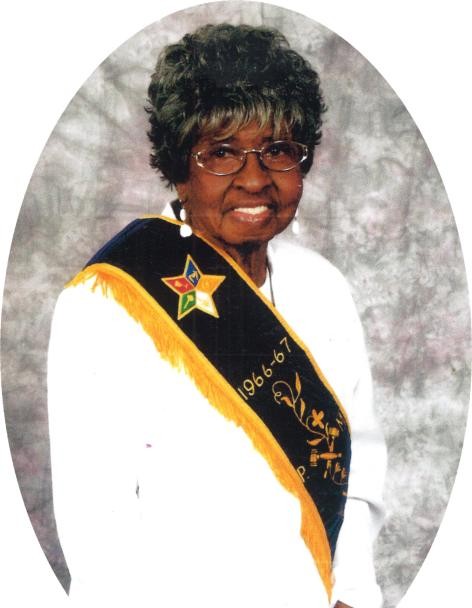 Visitation for Ms. Deloris will be held Monday, April 13, 2020 from 10 am to 5 pm, following CDC and state guidelines for no more than 10 people in the building at a time.

Funeral services will be live streamed  on Tuesday at 1 pm. Internment to follow at Glendale Cemetery.

Deloris May (Ewing) Davis was born March 15, 1925 in the historic settlement of Buxton, Iowa. She was the eldest child of Robert  and Ethel (Lawson) Ewing.

Deloris held a variety of jobs; Nurse aide at Methodist and the VA   Hospital, bank teller, parking attendant, foster grandparent at Holy Family Catholic school and Tiny Tots. But her most important job was “Mom”.

When Deloris wasn’t working she was enjoying life. She bowled on the Roadrunners Bowling team where she travelled across the country, she was a  20+ year member of Princess Zorah #10, OES and  Daughter Ruler of Rose Temple #33 BPOE, she was awarded Certificates for Foster Parenting by two of Iowa’s governors, she made care baskets for the sick and shut in, took senior citizens to their doctors appointments (she was In her 80’s then), she made the best black walnut homemade ice cream, cooked Spaghetti and waffles for the family and managed to find time to stop by the casino every now and then. She was on the usher board at Maple Street Baptist Church and served as the Treasurer also. Deloris later joined King of Kings Baptist Church. She kept the grandkids in line with a well placed switch; the grown children got the benefit of her truth whether they wanted it or not. And they all got the benefit of her enormous love. A mother’s love never fails.

Deloris  was called from labor to well deserved rest on April 7, 2020. She was 95 years young. Waiting to greet her on the other side was her husband, George Davis, Sr., her parents, Robert and Ethel Ewing; her siblings, Doris Jackson, Margie Brown, Sunny Ewing, Ronnie Ewing and Barbara Henderson.

To order memorial trees or send flowers to the family in memory of Deloris May Davis, please visit our flower store.
Send a Sympathy Card