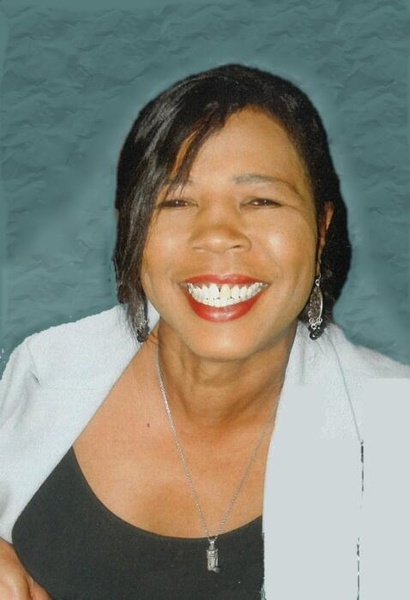 Delores Vaundene Blaney-Drayton was born on May 3rd, 1963 in Des Moines, Iowa, to Vaundene Wells and John Blaney. Delores grew up in the heart of the city, 17th Street to be exact. If you were somewhere in between the Wilkie House and Goods Park, you definitely knew Delores.
She was educated in the Des Moines Catholic School System, where she became a star basketball player. While in junior high school, Delores was offered and accepted a full basketball scholarship to Our Lady of Good Counsel Academy, an all girls Catholic boarding school, in Mankato, Minnesota. Afterwards, she returned home and graduated from Hoover High School. Delores went on to have a career in Accounting. She was an Office Clerk at John Deere’s West Des Moines office for many years. She moved to become an Accounts Receivable Associate at Oak Ridge Neighborhood.
In 1984, Delores met Jeffrey, the love of her life. They instantly became inseparable. On December 21st, 1990, they met on their lunch break at the courthouse and were married, returning to work afterwards. On July 27, 1988, Delores gave birth to her only daughter Danielle, who was her pride and joy. Together Delores and Jeffrey enjoyed traveling, spending time with their grandchildren, and supporting anything their family and friends were doing. It was very rare to not see them together. They were married for 31 wonderful years.
Delores was always so full of life. It didn’t matter where you were, if Delores was there you were sure to have a good time. She loved to shop, and when she stepped out of the house you best believe she was SHARP from head to toe. She took pride in making sure her nails were always on point. Over the past 2 years, as a hobby she started doing her own nails and even considered going back to school to become a nail technician.
After a courageous fight with cancer, Delores won the battle and went home to be with the Lord on August 11, 2021 surrounded by family. Delores was preceded in death by her parents, Vaundene Wells and John Blaney, and brother, Michael Wells.
Left to cherish her precious memories are her husband, Jeffrey Drayton; daughter, Danielle Drayton; step-son, Ryan Drayton; grandchildren, Mario, DaMarrie, Jamia, and Ry’Anna; sisters, Deena Wells and Debra Wells-Lewis; bonus sisters, Sheila Johnson and Stephanie Hunter; along with a host of nieces, nephews, family and friends.

To order memorial trees or send flowers to the family in memory of Delores Blaney-Drayton, please visit our flower store.
Send a Sympathy Card