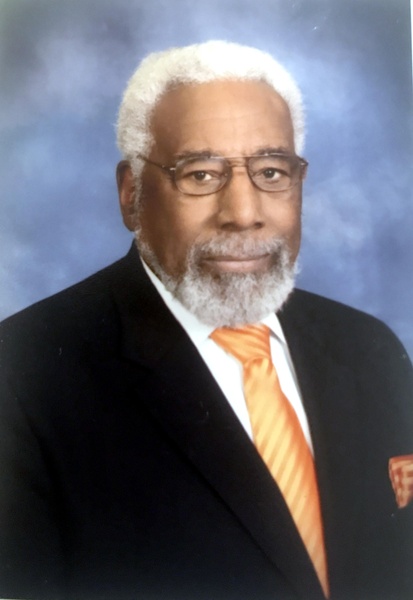 Deacon Robert Leon Parks, of Corinthian Baptist Church, went home to be with the Lord March 17, 2022.   Born in Appleton City, Missouri on April 7, 1936 as the 4th child of Lyman and Tessie Parks.  He began his education in a one-room schoolhouse, and his parents later moved to the larger city of Sedalia, Missouri seeking opportunity for the family.

Deacon Parks is a proud graduate of Hubbard School, in Sedalia, MO, and later went on to attend Lincoln University in Jefferson City, Missouri, where he was part of the traveling choir.  He enlisted in the United States Army and achieved the rank of Sergeant.

Deacon Parks studied business at Drake University and the Institute of Financial Education in Chicago.  In 1965 he became the first African American in Iowa to work in a financial institution in a public facing position, and continued to work in various roles in financial  services for over 35 years, before retiring to care for his wife.

Robert believed that everyone has something to offer, there is always something to do, and one should try to do what they can to help others.  This passion and commitment led him to run for city council and in 1994, he became the first African-American city council member for the city of West Des Moines.

While on the council he also served on the Metro Waste Authority Board and Metro Transit Authority Board-now the DART Commission - holding chairman positions for both.  He served on the Waste Water Reclamation Authority, Metropolitan Planning Organization and Council Roundtable.

He was a member of Corinthian Baptist Church Deacon Board for many years, carrying on the tradition of his late father Lyman Parks.

He married Charlotte Ann Jones in 1962 and to this union four children were born.

Deacon Robert Parks was committed to diversity, social justice, family and uplifting the community through service, and he lived his faith though those perspectives.

He was involved in the community, including being a lifelong supporter of Des Moines Links, Jack & Jill, and NAACP chapters, and served on the boards of The Wilkie House, The Des Moines Convalescent Home for Children, West Des Moines Opportunity Center, Des Moines General Hospital, the Minority Recruiting and Space Needs Advisory Committees for the West Des Moines Community School District as well as the Morris Scholarship  Foundation, and also volunteered for the Des Moines Chamber of Commerce.

He is survived by his children, Charanne (Michael) Smith of New Jersey, Gregory of Minnesota, James (Elizabeth) of Texas, and Suzanne (Jeremy) Pulcher of Iowa; three grandchildren, Kendyl Parks, Parker Pulcher and Jeffrey Pulcher.  In addition, he is survived by his sister, Norma Jean Williams and brother, O. Ray Parks, both of St. Louis, Missouri; brothers-in-law, David Jones and Timothy Jones of California; sister-in-law, Merritta Florence, and numerous nieces, nephews, cousins and friends including dear friend Carolyn Ziegler and her family.

*Masks are optional for attendees.

In lieu of flowers, donations can be made to the James B. Morris Scholarship Fund (http://www.morrisscholarship.org/).

To order memorial trees or send flowers to the family in memory of Deacon Robert L. Parks, please visit our flower store.