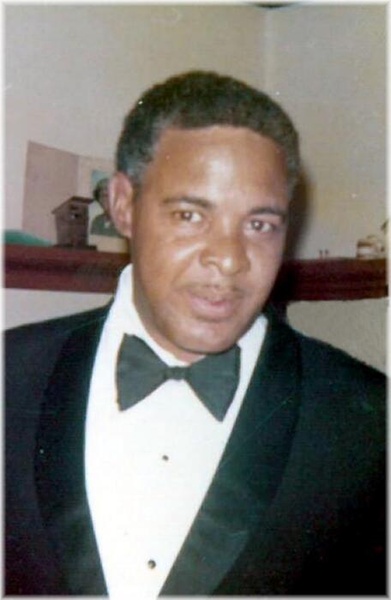 On Wednesday, March 3, 2021, the Almighty Father called home one of his most loyal, dedicated, and faithful followers. Deacon Donald Milton Mayberry entered this life  on March 25, 1933 in Des  Moines, Iowa. He was the youngest of five children born to Earla Lockett and Thomas Mayberry, Sr (both of Greensboro, Texas).

Donald was raised in the greater Des Moines area, where he also received his education through the Des Moines Public School District. Upon graduation from High School, Donald enlisted in the Air Force for a brief career in the military. Although Donald’s time in the military was brief, it was not wasted. Some of the time in the military, Donald spent furthering his education by completing courses in A&E Mechanics and Aircraft & Jet Engineering. Prior to ending his contract four years after signing on, Donald received a medal for Good Conduct.

When Donald returned home, he worked construction and later found a career as a Supervisor at the main branch of the Post Office. He also settled down and married his sweetheart, Van Esther Mayberry on December 29, 1956. Together they parented their four children, and then spoiled their grand-children as time went on.

God and family always meant everything to Donald. Once Donald retired from the Post Office, he enjoyed fishing, and spending time with his grandchildren (he played an active role in their extracurricular activities). At one point he tried his masterful hand at ceramics; he was quite good at it and made many presents for friends and family. Also during retirement, Donald assisted with cleaning up his neighborhood by becoming the President of the Evelyn Davis Neighborhood Association, which has come a long way since the 1980’s-1990’s. Donald also became a Deacon at Mt. Hebron Baptist Church, where he has been an active member for many years.

Waiting with loving embraces to welcome him and introduce him to our heavenly Father is his loving wife Van Esther Mayberry; his three children, Tina M. Mayberry, Jessie E. Hayes, Sr., and Mona J. Hayes; mother, Earla Lockett; father, Thomas Mayberry, Sr.; brother, Thomas Mayberry, Jr.; sisters, Mildred Crowder, Dorris Anderson, and Hazel Noble; and many others who have touched Donald’s life and then have gone on before him.

Donald is well known throughout the community and will sorely be missed. He specifically leaves behind his son, Pedro D. Hayes (Tessie); daughter-in-law, Cheryl D. Hayes; four grandsons, Donald Ransom, Jr. (Heather), Carnell V. Hayes, Sr. (Honor), Jessie E. Hayes, Jr. (Jolynda), and Justin E. Hayes Esq; four granddaughters, Earlina S. Mayberry, Teirra T. Mayberry (Allen), Cherice A. Williams, and Tanya Duncan; and a host of great grandchildren, cousins, nieces, nephews, and other family members that may not have been mentioned here, but surely are not forgotten to him.

*CDC guidelines will be followed with masks required during the Visitation and Homegoing Celebration.  Social Distancing will strongly be encouraged.

To order memorial trees or send flowers to the family in memory of Deacon Donald Mayberry, please visit our flower store.
Send a Sympathy Card