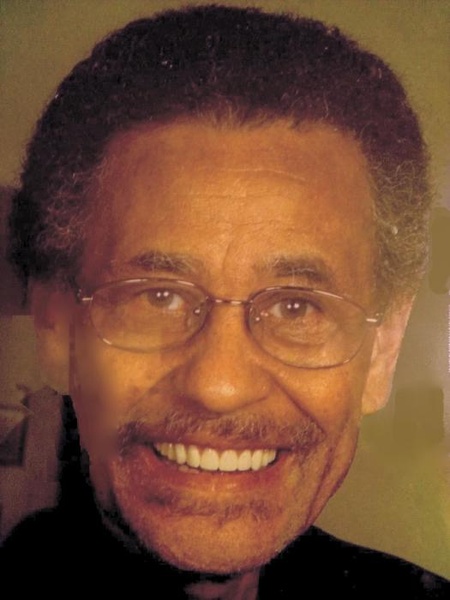 Deacon C.S. Patton was born on January 19, 1928 to St. Legia and Emma (Morris) Patton, in Panda County, MS. C.S. attended school in Panola County.  For sometime he worked in the cotton fields of Mississippi where he met a young lady named Christene.  The two began to spend time together and would eventually unite in marriage on May 18, 1951.

Several years after marrying, C.S. moved his family to Des Moines, IA to find better employment to provide for he and Christene’s ever-growing family.  While in Iowa, C.S. worked at the Savory Hotel as a custodian.  He would later accept a position at the Holiday Inn until he retired.

At a young age, C.S. professed Jesus Christ as his Lord and Savior. He spent the majority of his Christian walk as a member of Mt. Hebron Baptist Church. He was elevated to the office of Deacon because of his diligent service.  For over 50 years, Deacon Patton served as the van driver on Sunday mornings, sang in the Senior Choir and Mass Choir; as well as the Men’s Chorus.  In addition he was always ready to offer a song, scripture or prayer during devotion.  For Deacon Patton serving the Lord was truly a way of life.  He was also known for singing in several local gospel groups.  He was a member of The Spiritual Keys, Gospel Songwriters and the Family Gospel Singers.

On January 7, 2020, at the age of 91, Deacon Patton’s work on earth was completed.  He now sings in the Heavenly Chorus with saints that have gone on before him. There patiently waiting but celebrating his arrival was his wife, Christene; parents, St. Legia and Emma Patton; siblings, Robert, George, Ozay, Lessie, Edward, Amos, John L., Gussie, Essie, Elco, Mattie, Ester and Cora Carr-Lloyd.

To order memorial trees or send flowers to the family in memory of Deacon C. S. Patton, please visit our flower store.
Send a Sympathy Card